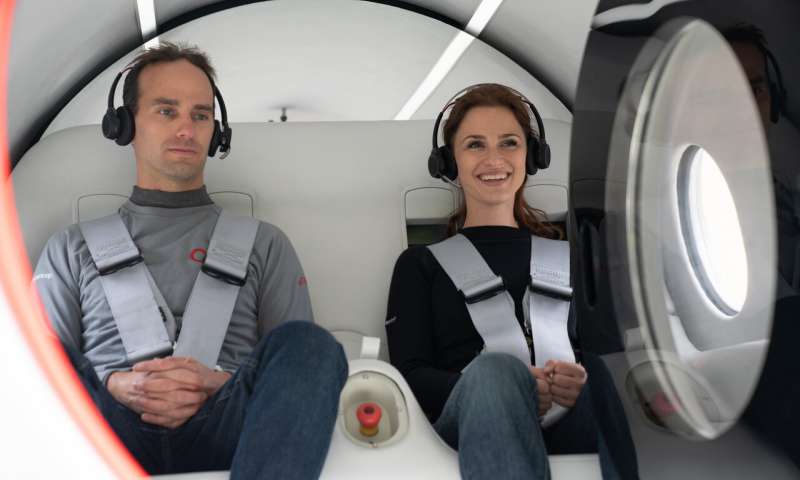 The top-notch and much-awaited Virgin Hyperloop project has reached a major milestone with its first human passenger test. For the first time ever two top executives rode a hyperloop pod through a nearly airless tube at 100 mph on Sunday.

Virgin Hyperloop executives Josh Giegel, Chief Technology Officer, and Sara Luchian, Director of Passenger Experience, were the high-ranking testers of the ride, which as stated by the company, reached speeds of up to 107 miles per hour at the DevLoop test site in Las Vegas, Nevada. 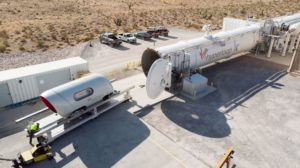 The ambitious project took off in 2014, under the leadership of Elon Musk, the brainiac behind Tesla and SpaceX’s out-of-this-world tech, who envisioned a futuristic transportation system of magnetically levitating pods traveling through nearly airless tubes at speeds of up to 760 mph. Moving closer toward reality, the Sunday test was an extremely important achievement for the project.

The company has previously run over 400 tests without human passengers at the Nevada site, but this was the first of its kind. “I had the true pleasure of seeing history made before my very eyes,” said Sultan Ahmed Bin Sulayem, Chairman of Virgin Hyperloop and Group Chairman and Chief Executive of DP World. 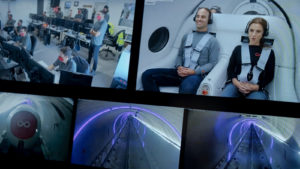 Calling it the “Fifth Mode of Transportation”, Musk has claimed with adequate scientific proof that the futuristic project could help change the way we live, work, trade, and travel. The most eye-catching scenario he proposed was a trip from LA to San Francisco in only 30 minutes. Musk theorized that aerodynamic aluminum capsules filled with passengers or cargo could be propelled through a nearly airless tube at airliner-speeds of up to 760 mph. These tubes either raised on pylons or sunk beneath the earth, could be built either within or between cities. 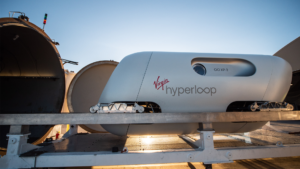 The Pegasus pod or the XP-2, used for this test, was designed with help from Danish architect Bjarke Ingels’ design firm. It represents a scaled-down version of what Virgin Hyperloop hopes will eventually be a full-sized pod capable of carrying up to 23 passengers. It weighs 2.5 tons and measures about 15-18 feet long

Virgin Hyperloop was originally founded as Hyperloop Technologies before changing its name to Hyperloop One in 2016 and then again to Virgin Hyperloop One after being acquired by Richard Branson’s company. The company is now working toward safety certification by 2025 and commercial operations by 2030, it has said. 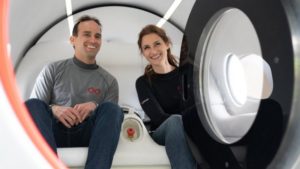