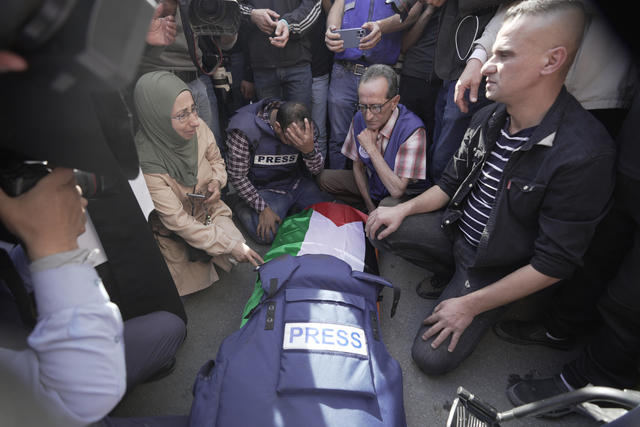 Soon after the bullet was handed over by the Palestinian Authority to the US embassy in Jerusalem, officials conducted a thorough analysis but reached no conclusive result. “The physical condition of the bullet does not allow for a conclusive determination regarding the source of fire that led to the death of the journalist,” the statement said.

“This past Saturday, the United States Security Coordinator for Israel and the Palestinian Authority (USSC) received the bullet that was alleged to have killed the journalist Shireen Abu Akleh from Palestinian authorities in order to conduct a professional and impartial ballistic examination,” the statement continued. “The bullet remained under the custodianship of Lieutenant General ( * * * ) Michael R. Fenzel after receiving it from the Palestinian authorities until it was returned yesterday (Sunday) after the examination was conducted.”

The statement added that the probe was conducted in a forensic laboratory in Israel and that “USSC representatives were present throughout the entire process.”

Following this, the U.S. State Department also released a statement saying, “After an extremely detailed forensic analysis, independent, third-party examiners, as part of a process overseen by the U.S. Security Coordinator (USSC), could not reach a definitive conclusion regarding the origin of the bullet that killed Palestinian-American journalist Shireen Abu Akleh. Ballistic experts determined the bullet was badly damaged, which prevented a clear conclusion.”

“The USSC found no reason to believe that this was intentional,” the statement said, “but rather the result of tragic circumstances during an IDF-led military operation against factions of Palestinian Islamic Jihad on May 11, 2022 in Jenin, which followed a series of terrorist attacks in Israel.”