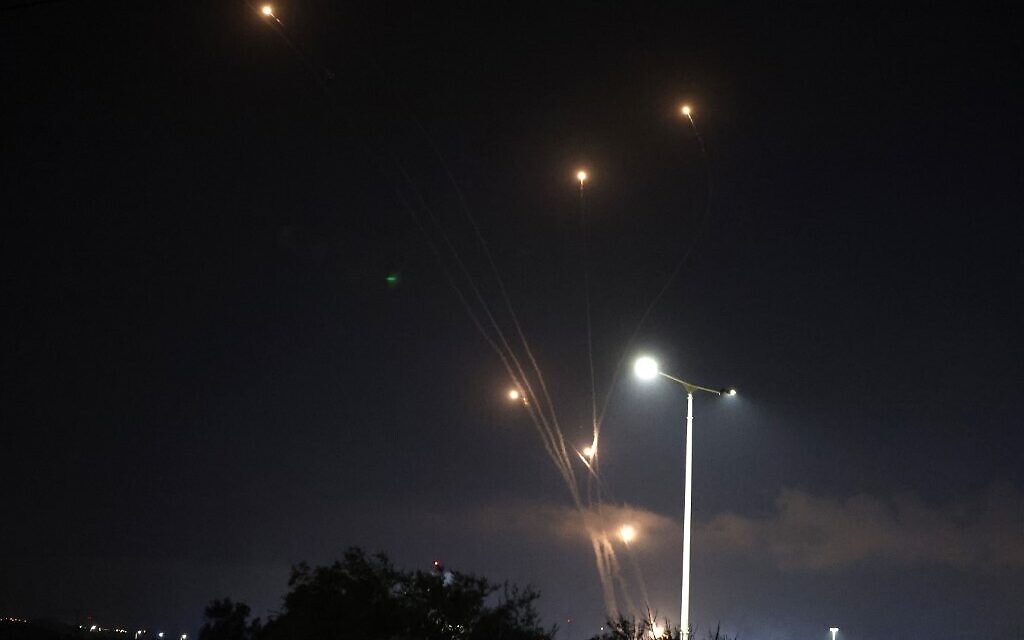 While a whopping 200 rockets were fired at Israel by Gaza terrorists, the Israel Defense Forces stated that they had successfully intercepted the attacks due to the Iron Dome missile defense system and hit 130 targets in the midst. The IDF also stated that it has killed at least 15 Hamas members who were launching rockets at Israel.

The military says it has conducted retaliatory strikes on roughly 130 targets in the Strip, including the home of a top Hamas commander, Hamas’s intelligence headquarters, two attack tunnels that approached the security barrier, and rocket production and storage sites. Meanwhile, Palestinian media reported strikes around the southern cities of Rafah, and Khan Younis and an on an apartment building in the al-Shati camp near Gaza city. A building was also destroyed in Gaza city’s upscale Tel al-Hawa neighborhood.

There were no immediate reports of casualties, but three Israelis are reportedly hurt as at least two rockets fired from Gaza hit buildings in the southern Israeli city.

In response to the escalating scenario, US Secretary of State Antony Blinken strongly condemned the rocket attacks by Hamas, saying they “need to stop immediately”.

“All sides need to de-escalate, reduce tensions, take practical steps to calm things down,” he added.