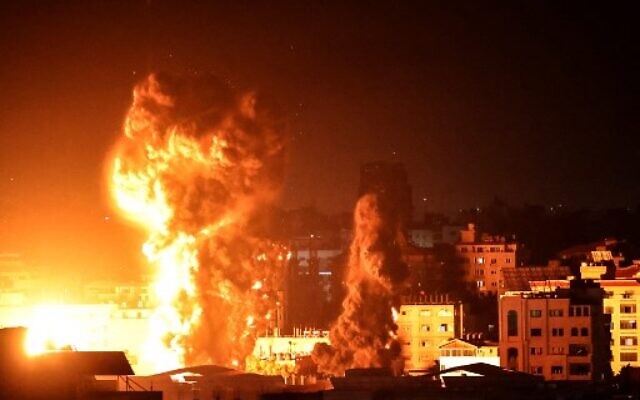 With speculations of a ceasefire on Friday drawing in, a senior officer in the military’s Southern Command told reporters on Wednesday that Hamas is “trying to have a major success,” such as a cross-border attack or other major assault, which it can hold up as a victory over Israel.

“I don’t think Hamas can do a major surprise ground operation, but it could do a raid,” said the officer, speaking on condition of anonymity. The officer said Hamas may try to conduct a large-scale barrage on the Tel Aviv metropolitan area, having refrained from firing rockets at the city in recent days. Shortly after the official made his comment, terrorists in the Strip launched a major barrage of rocket and mortar fire at southern and central Israel, sending masses of Israelis rushing to bomb shelters.

After 10 days of fighting in which at least 227 Palestinians have been killed, dozens of them children, along with 12 Israelis, including a 5-year-old boy and 16-year-old girl, a ceasefire is being substantially demanded by international entities, including the US. Although the IDF has maintained that its strikes were precise enough to only target terrorists and terror organizations, it didn’t anticipate the volume with which Hamas would attack with rocket fires in civilian Israeli areas.