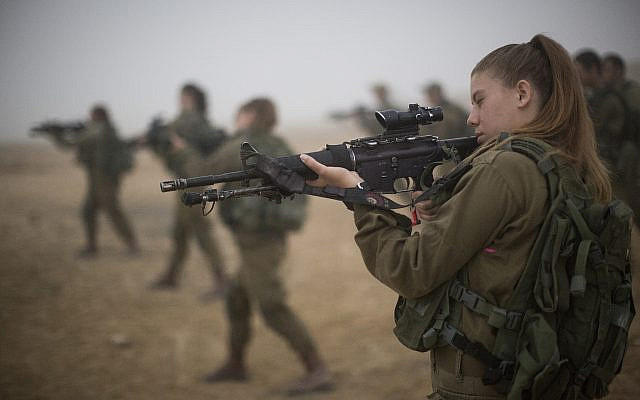 For the first time ever, the Israeli Defense Forces have indicated plans to open a new unit for women soldiers only, in order to cater to female religious women who wish to serve.

According to a local Israeli news report, the IDF made its decision following requests from the heads of religious studies colleges for women, who described students wishing to serve in combat units but running into difficulties due to their religious background.

The first conscripts will be drawn from women enlisting into combat troops this coming March. The unit will be established within an existing, otherwise mixed-gender border defense unit, the military said. Seminary leaders told the IDF that there was a strong desire among their female students to serve in combat roles, but the existing mixed-gender units present issues for religious women who observe strict modesty laws, which they believe prevent them from serving alongside male soldiers.

In a similar fashion, last June, the IDF deployed its first female Armored Corps female soldiers on the Egyptian border, where they conduct border protection missions. But as it stands, the IDF “has not yet decided whether the pilot to integrate women in the Armored Corps has succeeded.”

This being said, several religious leaders have also come out against women serving in combat roles.