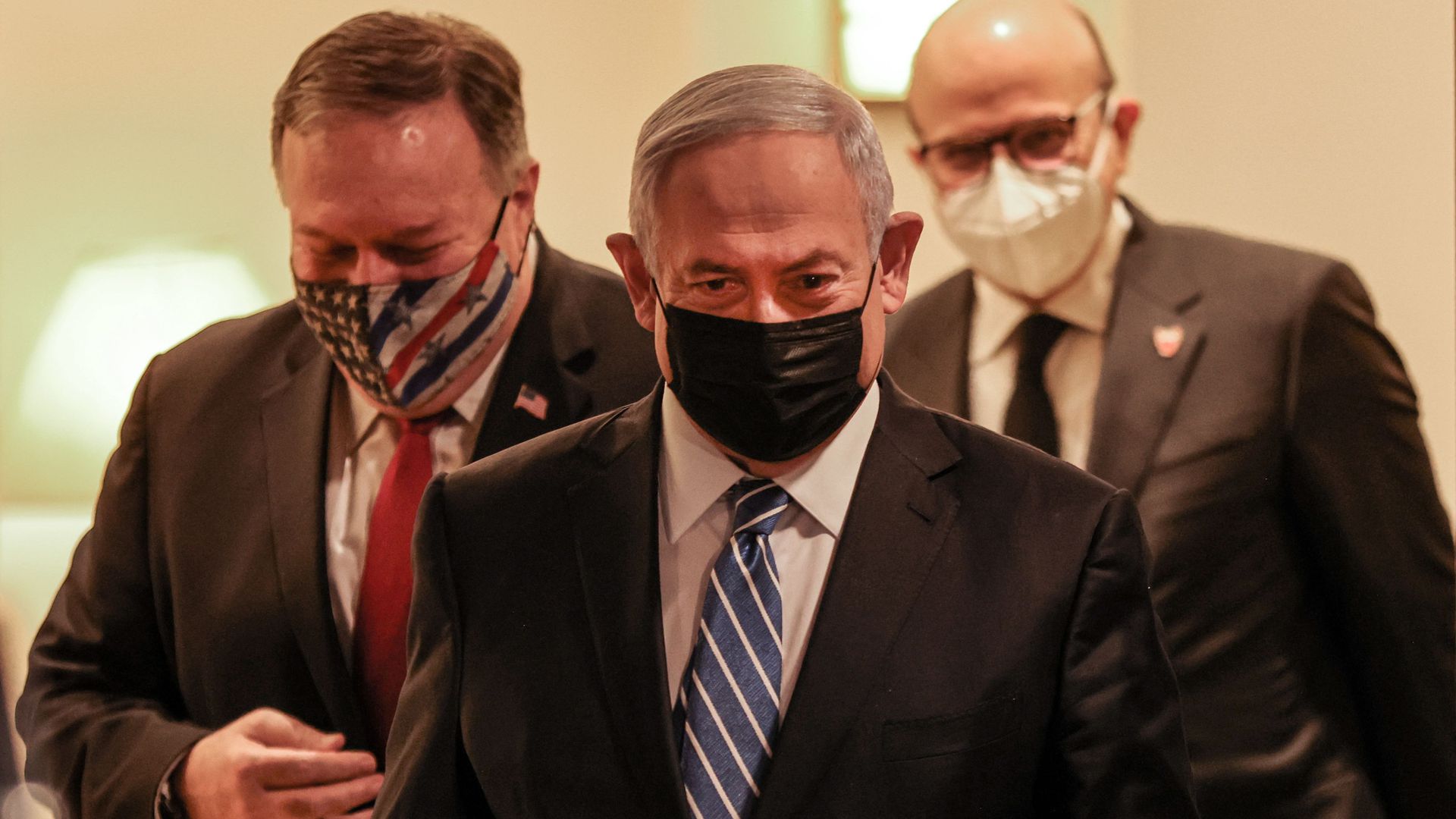 In A First, Netanyahu Travels To Saudi To Meet With Crown Prince

In what is being claimed to be a ‘secret visit’, Avi Scharf, a journalist at Israel’s Haaretz newspaper published aviation tracking data showing that a business jet had made a brief trip from Tel Aviv to Neom, on Saudi Arabia’s Red Sea coast, where Bin Salman and Pompeo had a scheduled meeting on Sunday.

It was Bibi's ex-fav bizjet t7-cpx. Back to Tel Aviv after 5 hours on ground pic.twitter.com/Ty9aedYbsK

According to Times of Israel, an Israeli official told Hebrew media on Monday that the Prime Minister had indeed met with Saudi’s crown prince. Meanwhile, Netanyahu’s office and the U.S. Embassy in Jerusalem had no immediate comment.

Although he made no mention of Netanyahu in a comment succeeding the Sunday meeting with the Saudi Arabia crown prince Mohammad bin Salman, Pompeo did mention that he had a “constructive” dialogue with the monarchy. With his visit to Saudi Arabia after being in Israel earlier last week, Pompeo wrapped up a seven-nation tour that included stops in other Gulf nations as well.

“Pleasure to meet with Saudi Crown Prince Mohammed bin Salman. Our security and economic partnership is strong and we’ll continue to harness it to advance efforts to counter malign Iranian influence in the Gulf, economic goals under the Vision 2030 plan, and human rights reform,” tweeted the top American diplomat, describing the meeting as “constructive.”

This being said, Pompeo, on behalf of the Trump administration’s efforts to back Israel in normalizing ties with Arab nations, has time and again tried to coax Saudi to follow its neighbors, the United Arab Emirates and Bahrain, in establishing formal relations with Israel – a rapprochement built largely on shared concerns about Iran.

In response to these efforts, Riyadh has continued to decline the normalization of ties with Israel, saying Palestinian statehood goals should be addressed first. But, in a step towards the right direction, Saudi has also recently allowed Israeli airliners to fly over their territory to newly available Gulf destinations and to Asia.

The likelihood of a shift in policy has been substantiated by the fact that covert ties between Israel and Saudi Arabia have been growing in recent years, especially since the crown Prince sees Israel as a strategic partner in the fight against Iranian influence in the region. This speculated visit to Saudi by the Israeli PM might be an indication of the fact that President Trump would want to expedite any possible means of joining the two forces before he loses power to Joe Biden in January.