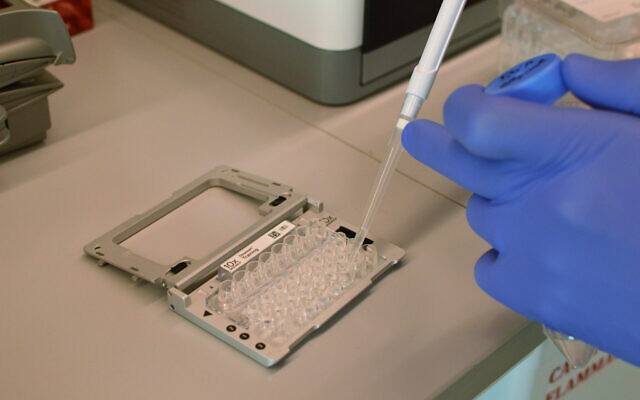 An Israel-led team has innovated a revolutionary “molecular Google Map” of a brain’s memory center, in the first application of technology that may help in the fight against Alzheimer’s and other diseases.

The new technology allows researchers to zoom in on RNA (ribonucleic acid) at a nanoscale resolution without having to destroy the tissue to remove the RNA for analysis, giving a view of brain tissue that was hitherto out of doctors’ reach. Earlier, when trying to analyze RNA from brain tissue that had been destroyed, doctors could only get a much less detailed view — like a list of cities instead of a map — creating a major barrier to research into diseases that affect brain function.

This changed on Thursday, when a team from Bar Ilan University, Harvard, and MIT published peer-reviewed research in the journal Science detailing how they managed to analyze and map out the hippocampus of a brain, its main memory center, without destroying the tissue. The brain tissue they used came from a mouse, but they have also proved their method on various human tissues. The researchers say their technology could have benefits in treating diseases of the brain like Alzheimer’s, and others including cancer.

“It’s the equivalent of having a vast and detailed Google Map of the location of genes inside the brain, and other tissues, rather than a low-resolution image or a simple list of the genes that are there,” said Dr. Shahar Alon, the study’s lead author (as reported by the Times of Israel).

“This new method allows us to visualize and measure millions of RNA molecules within the tissue with nanoscale precision, without having to extract them as we did previously. We can zoom in, just like you can on Google Maps, and see the molecules very close up. We believe this could give a new glimpse into how Alzheimer’s affects the location of genes in the brain, and this could help in developing new treatments,” he said.

Further explaining how this might be beneficial in the case of cancer, Alon said, “RNA can be used as a “marker” or tool for getting a broad picture of cell behavior in a tissue, which means the new research has potential for analyzing cancerous cells. This is because the technology can be used to show how cancer cells in a particular patient are being impacted by immune system cells. One of the big mysteries of immunotherapy is why it works well in some patients and why it doesn’t in others. The maps we are building could reveal the difference, in biological mechanisms, between patients who are reacting and those who aren’t.”