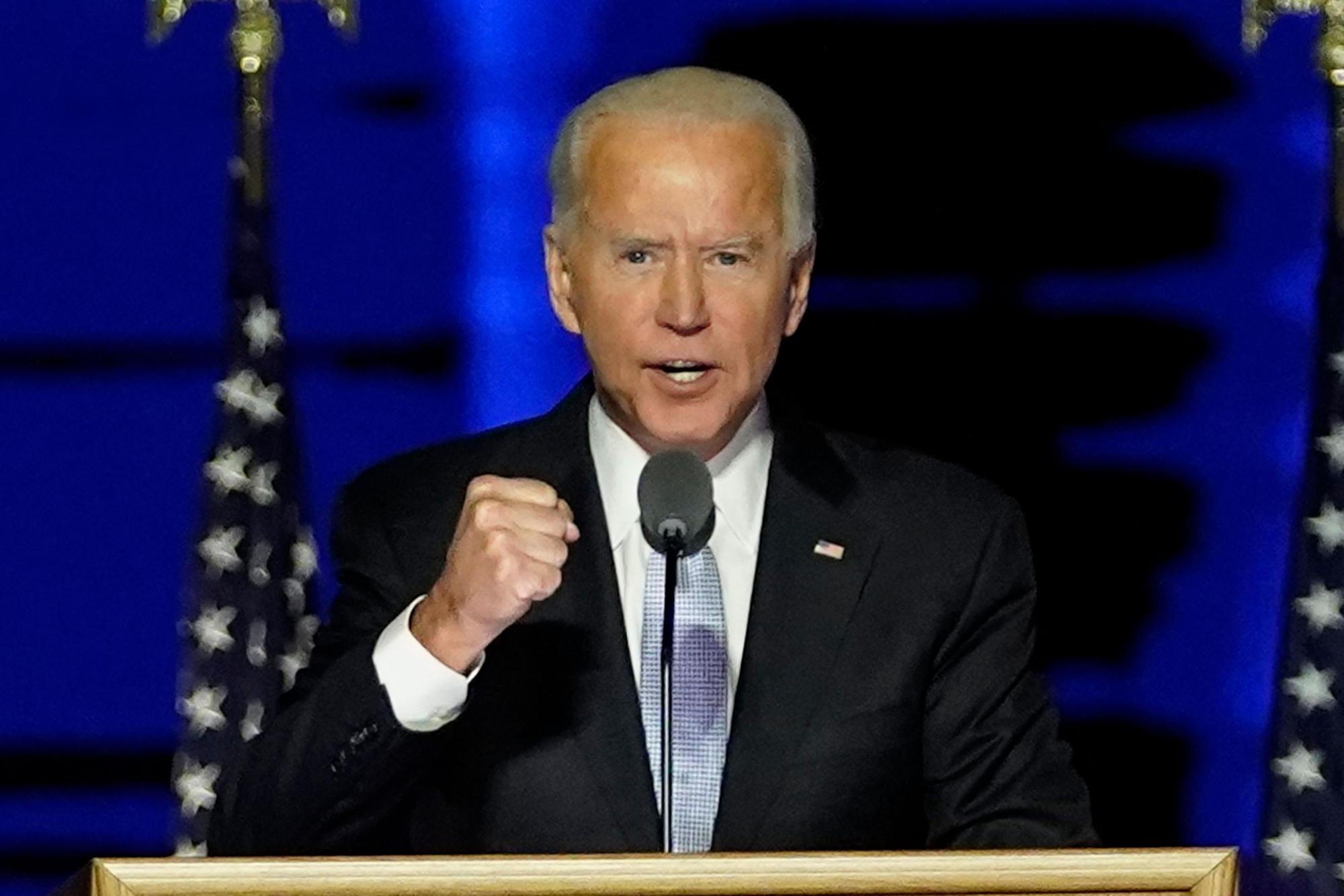 In First Speech As President-Elect Biden Addresses Trump Supporters, Says “give each other a chance”

Urging America to come together as one unit, once again, President Joe Biden, in his victory speech pledged to become a President who “seeks not to divide but unify”.

Vowing to heal a nation that has been battered with serious instances of racial injustice, political divide, and the coronavirus pandemic, Joe Biden on Saturday evening addressed the nation in his first speech as President of the United States. Promising to be a President for all Americans, and extending a hand to all those who didn’t vote for him, Biden pledged that he will not see states as red or blue, but will only consider the United States, as one unit, unequivocally.

In a victory acceptance speech that was held in his hometown at Wilmington, Delaware, the President said, “To those who voted for President Trump, I understand your disappointment tonight. I’ve lost a couple of elections myself. But now, let’s give each other a chance.”

Coming to the issue of handling the pandemic hereon, Biden vowed to immediately begin working on getting it under control, adding that the nation “cannot repair the economy, restore our economy or relish life’s most precious moments” without doing so.

“I’m a proud Democrat, but I will govern as an American,” Biden pledged. “I will work as hard for those who didn’t vote for me, as those who did.”

Speaking about the contentious political atmosphere in the nation, Biden said, “The refusal of Democrats and Republicans to cooperate with one another is not due to some mysterious force beyond our control. It’s a decision. It’s a choice we make.

Thanking supporters for their demonstrations of joy towards his victory, the speech ended with vice-president-elect Kamala Harris and both their families joining onstage, as confetti fell and fireworks exploded. Taking the office at 78, Joe Biden will now be the oldest President of the United States.