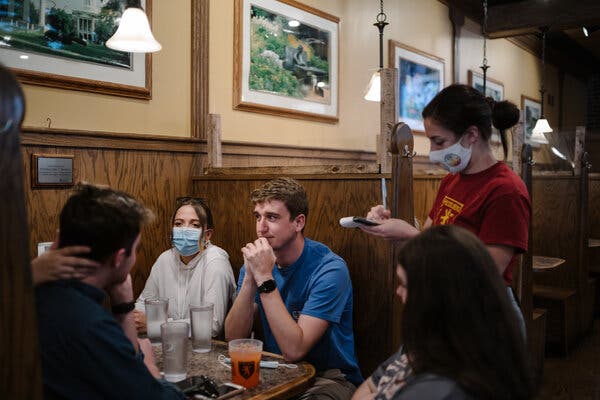 Apart from mandating vaccines for healthcare workers, the NYC administration will require all New Yorkers to present their proof of vaccination at restaurants and gyms, starting today.

“We’re going to get out there and educate people, and we’re going to remind people that we really want people to take this seriously. Just buy into this because it’s going to work for all of us, is going to make us all safer,”  Mayor Bill de Blasio said at a press conference Monday.

The catch here is that, even though the order goes into requirement today, it won’t be implemented until September 13th, giving citizens some time to get themselves inoculated for the time being.

As it stands, as per the Monday announcement, tourists and other visitors would also have to comply with the requirement by showing their vaccination cards or other documentation. De Blasio also warned against falsifying vaccination cards — which he called a “sacred” document.

Faking a vaccine card will be slapped with severe penalties, and on the other hand, restaurants and other establishments that don’t comply could be fined up to $1,000 for a first offense, and could escalate.

Apart from this, employees at restaurants, gyms, and indoor performance venues will also have to be vaccinated. On Monday, it was also finalized that healthcare workers in New York will have to be mandatorily vaccinated, in an attempt to curb the spread of the highly contagious delta variant. Gov. Andrew Cuomo announced all healthcare workers in New York must get at least one dose of a COVID-19 vaccine by Monday, Sept. 27.