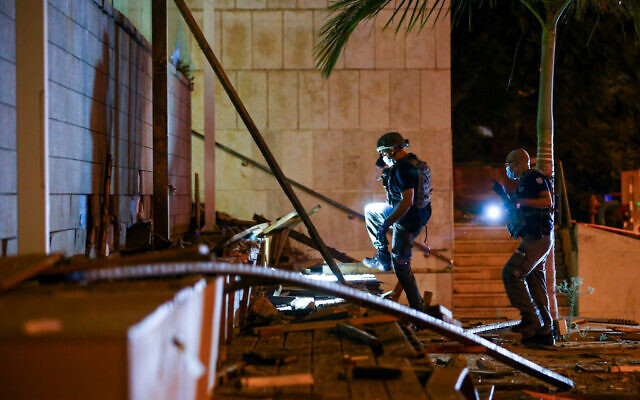 In Retaliation Against The Peace Treaty, Palestinians Fire 13 Rockets Towards Israel

In the early hours of Wednesday, Southern Israel woke up to a set of 13 airstrikes that were fired over the duration of half an hour. In response to this sudden ambush, the Israeli Air Force launched two waves of strikes on Hamas targets across Gaza.

Palestinians have taken to the streets to protest against the normalization treaty between UAE, Bahrain, and Israel, which was signed in the White House on Tuesday. Apart from 200,000 Arab social media users signing the “Palestine Charter”, a document rejecting the Arab states’ normalization of relations with Israel, some Palestinian terrorists also flung rockets towards the rival country from roughly 4:30 a.m. to 5 a.m. on Wednesday (9:30 PM Tuesday, EST).

According to the Israeli military, the rockets rained over the town of Sderot and communities in the Eshkol and Sha’ar Hanegev regions, and several volleys were fired, totaling 13 rockets. Soldiers operating the Iron Dome missile defense system intercepted eight of these incoming projectiles. Unaware of where the remainder of the rockets had hit, the military speculated that they might have landed on empty strips of land. Soon afterward, the Israeli Air Force launched two waves of strikes on Hamas targets across Gaza.

The second attack within just a few hours, earlier, another attack had been launched by the Israeli Air Force on Tuesday night, which was in response to an ambush in which two rockets were fired from the Gaza Strip at Israel, one of which struck the city of Ashdod, injuring two people. As reported by the Times of Israel, the Magen David Adom ambulance service said one man, 62, was moderately injured, sustaining shrapnel wounds to his upper body from the rocket. The second man, 28, suffered light injuries to his extremities from broken glass. Four other people suffered anxiety attacks as a result of the rocket fire.

Addressing the threat to the nation, Prime Minister Benjamin Netanyahu and Defense Minister Benny Gantz held security consultations on Wednesday morning about the outbreak of violence. As of now, no Palestinian terror group has taken responsibility for the rockets, though both Hamas and Palestinian Islamic Jihad put out statements in support of them.

“On this historic night of peace, we received a reminder from our enemies that we must always be strong and prepared to defend Israeli citizens on all fronts and at all times — and this we will do,” Defense Minister Benny Gantz said in response to the attack.