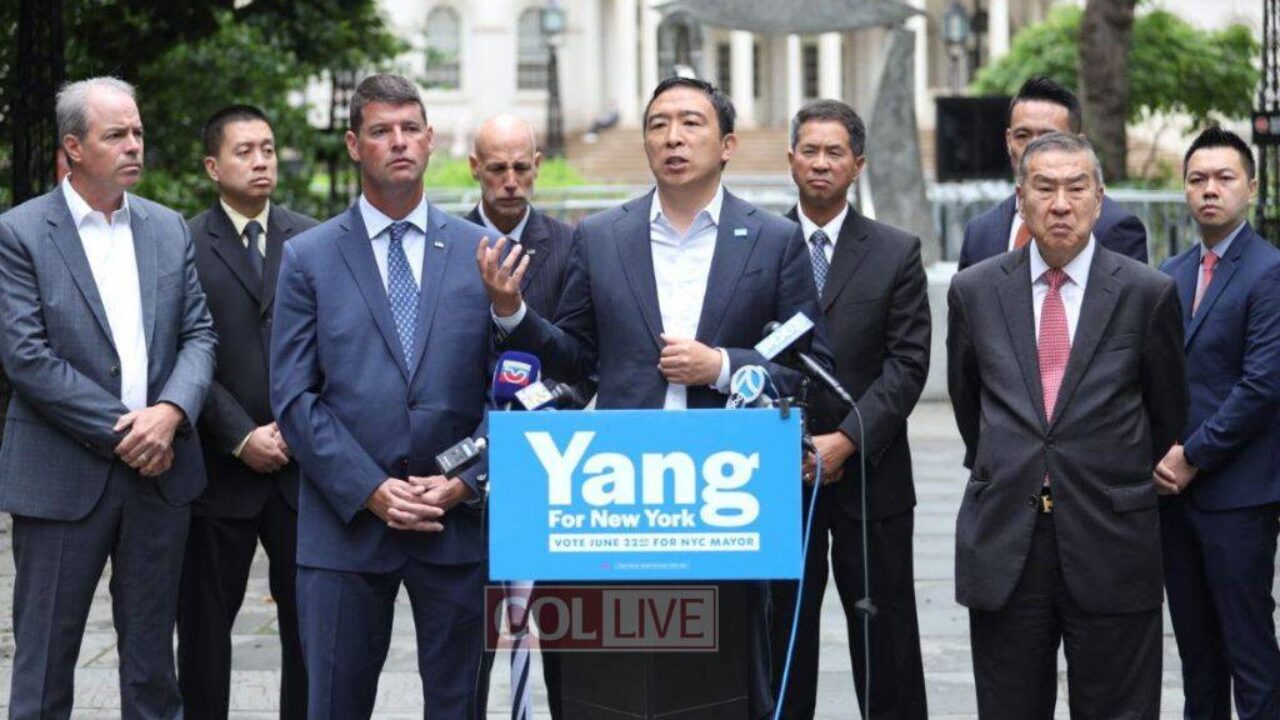 The Captains Endowment Association, which represents all NYPD Executives in the ranks of Captain to Deputy Chief & Police Surgeons, proudly endorsed Yang for Mayor of New York on Monday. This endorsement came after another big shoulder of support from another law enforcement union last week.

As it stands, this is the first endorsement by an NYPD union to any candidate in this election cycle. The union President Chris Monahan underscored Yang’s common-sense approach to safety, criticizing the other candidates for “casting the law enforcement as enemies.” Harboring a strong standpoint against defunding the police, Yang has gained a vote of confidence from numerous law enforcement officers.

During the official endorsement, Monahan praised Yang’s business experience as an important factor in his decision saying “we need an outside business entrepreneur” to deal with the safety challenges of the city.

In return, Yang thanked the union, and said, “If you have a mayor and a police force who are not on the same page, we are seeing the results now.” Yang said, alluding to the ongoing rift between the police department and the De Blasio administration. “This to me should tell all New Yorkers all they need to know about Eric Adams,” Andrew Yang said about the endorsement. Emphasizing that they made this decision even though Adams himself was once a member of this union.