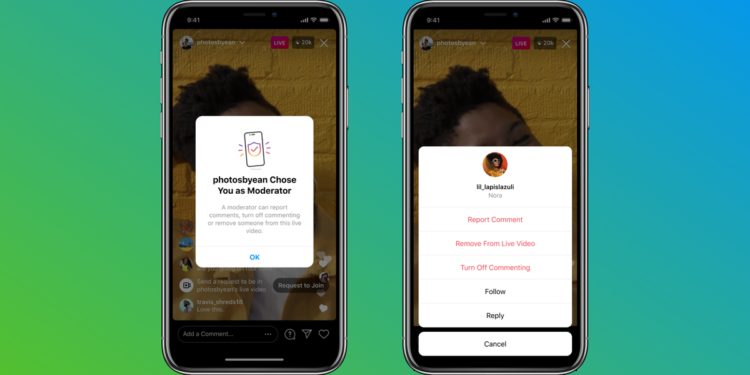 Instagram Is Now Letting Livestreamers Add Moderators To Their Session

In a Tweet on Sunday, Instagram finally revealed that it has floated an all-new feature that will let Live Creators add moderators to their Livestream, via the app.

Moderators, when added, will have the ability to report comments, remove viewers from the stream, as well as turn off comments for a specific viewer.  Creators can assign a moderator by tapping the three dots in the comment bar during a Live. From there, they can choose a moderator from a list of suggested accounts, or use the search bar to search for a specific account.

We’re launching Live Moderator on Instagram Live, where creators can assign a mod and give them the power to:

✅ Report comments
✅ Remove viewers from Live
✅ Turn off comments for a viewer pic.twitter.com/S9j7s4dInB

As it stands, other apps that provide Livestreams have long provided users the ability to add moderators. These include Twitch, YouTube, and even Instagram’s sister-company Facebook, which made it all the more awaited on the picture-sharing social media platform ever since Live was introduced way back in 2016.

According to reports, Instagram is rolling out the feature to help broadcasters focus on engaging in positive discussions instead of spending time addressing unwanted interactions.

In other news, Instagram has recently removed its standalone Boomerang as well as Hyperlapse apps from Apple`s App Store and Google Play.