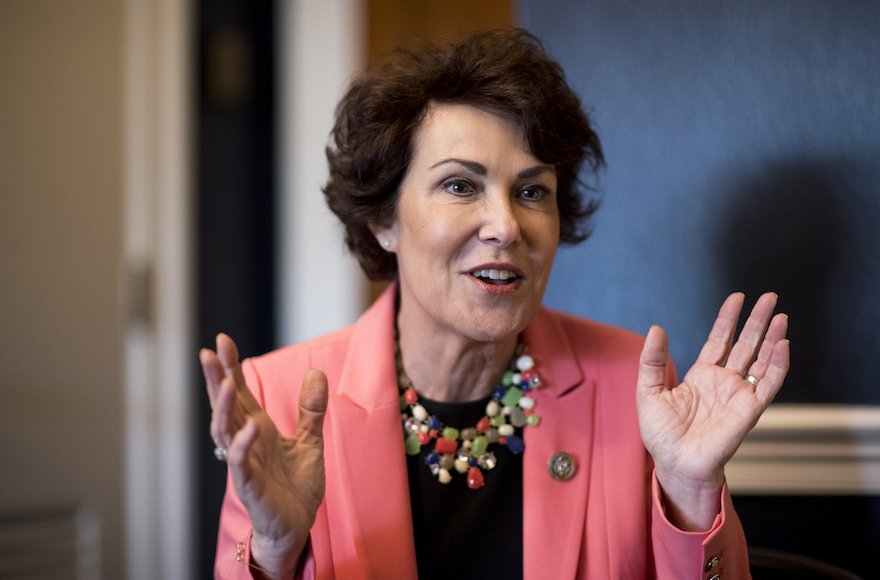 On Tuesday, the World Jewish Congress and Sen. Jacky Rosen (D-Nev.) announced d decision to re-establish the International Council of Jewish Parliamentarians in order to respond to the global rise in anti-Semitism.

According to the announcement, the newly relaunched International Council of Jewish Parliamentarians (ICJP) will convene for its first consultation this spring in a lead-up to the World Jewish Congress Plenary Assembly on May 25. The ICJP is a global network of Jewish legislators, government ministers, and other elected officials. The forum aims to promote dialogue and collaboration between Jewish parliamentarians; to support the principles of democracy, the cause of human rights, and the rule of law; and to combat racism, antisemitism, xenophobia, terrorism, and Holocaust denial by those means available to legislators and government ministers.

In her address on Tuesday, Rosen, the founding co-chair of the Senate Bipartisan Task Force for Combating Anti-Semitism, agreed to lead ICJP at the request of World Jewish Congress President Ronald S. Lauder. “In this role, I will work to combat the evils of anti-Semitism, racism, bigotry and xenophobia,” she said. “I look forward to working alongside Ambassador Lauder and Jewish parliamentarians from around the world in our shared mission to promote tolerance and fight back against hate.”

Meanwhile, Lauder, who was the former U.S. Ambassador to Austria from 1986-87, said that “as we now witness an era of unfettered conspiracy myths, pervasive anti-Semitism and xenophobia, a horribly disturbing recurrence of Holocaust denial and rising authoritarianism, the ICJP has a powerful role to play in serving as an incubator and accelerator of best practices to counter these phenomena.”