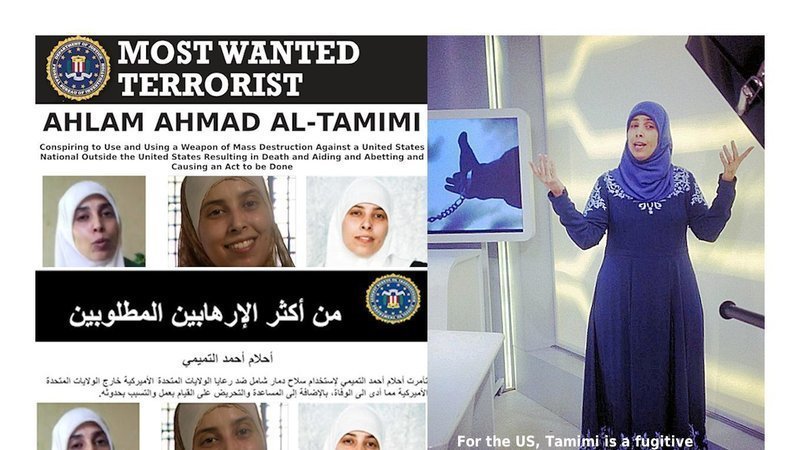 On Sunday, Jewish citizens from across the globe were enraged by Interpol’s decision to drop its international warrant for Palestinian terrorist Ahlam Tamimi, who was involved in the 2001 suicide bombing at the Sbarro pizza parlor in Jerusalem that killed 15 people, including American citizen Malki Roth.

Still amongst the “most wanted terrorist” by the FBI, Ahlam Tamimi is a Jordanian national known for assisting in carrying out the Sbarro restaurant suicide bombing in Jerusalem, Israel, in 2001. She was convicted by an Israeli military tribunal and received multiple life sentences but was released in 2011 as part of the Gilad Shalit prisoner exchange. She hosts a television show about Palestinians in Israeli prisons, and her home country has refused to extradite her to the United States for trial.

A journalist by profession, Tamimi helped plan and participated in the Sbarro restaurant suicide bombing, which caused 145 casualties, including 15 fatalities, half of them children. She was 20 years old at the time, and still in university. After driving and dropping off the suicide bomber at his target, she reported on the bombing on a Palestinian news channel.

The severity of her crime being quite serious, the Times of Israel reported on March 12 that Interpol had dropped the international warrant, saying Tamimi was no longer “subject to an Interpol notice.” Tamimi’s picture was also taken off Interpol’s most-wanted list.

Celebrating it as a personal victory, her husband Nizar Tamimi wrote on Facebook, “Our struggle will continue until her file is completely closed, and we will meet after our prolonged separation and enjoy the free, stable life for which we have yearned.” In a post on Twitter, Tamimi was seen cutting a cake in celebration.

In reaction to this incident, The Simon Wiesenthal Centre’s Director for International Relations, Dr. Shimon Samuels, sent a letter to Interpol’s secretary-general urging him to reverse the decision, noting that Tamimi “has publicly shown lack of remorse and claimed her pride for this attack.”

“Palestinian abuses of international organizations — political, legal, cultural, educational — have turned them into battlefields,” he said. “We have heard that INTERPOL has removed Al-Tamimi from its ‘Most Wanted list.’ Such an outrageous step would encourage further terrorism and deny justice and closure for the victims and survivors.”