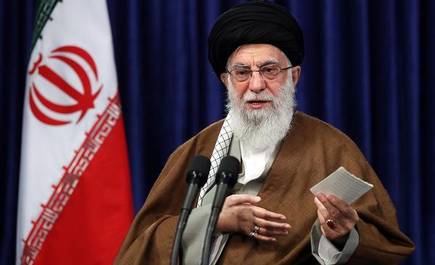 The Supreme Leader of Iran Ayatollah Ali Khamenei has strongly condemned the UAE-Israel Deal, claiming it to be a betrayal of the Islamic world on the UAE’s part.

In a speech on Tuesday, following the constructive talks between Israeli and Arab delegates, the leader took to criticizing the United Arab Emirates for betraying the Islamic world and the Palestinians by reaching a deal towards normalizing ties with Israel.

Speaking and tweeting about this expression of anger, Khamenei said, “Of course, the UAE’s betrayal will not last long, but this stigma will always be remembered. They allowed the Zionist regime to enter the region and forgot Palestine. The Emiratis will be disgraced forever… I hope they wake up and compensate for what they did.” Iranian authorities have harshly criticized the United States-brokered deal, with some officials warning the UAE and Israel fostering closer ties risks conflagration in the Middle East.

Countering Khamenei’s statements, a UAE foreign ministry official commented, “The path to peace and prosperity is not through incitement and hate speech. That kind of rhetoric is counterproductive to peace in the region.”

Furthermore, the Palestinians have fiercely opposed the normalization, since their ties with the Arabs would potentially weaken, hampering their motive to establish an independent Palestinian state. The Arab support over the years was one of the Palestinians’ biggest advantages in the war with Israel. Following the recent meet between the nations, brokered by the USA, Palestinians have held public protests and burned the UAE flag in anger.

In order to placate the Palestinian settlements living in the West Bank, UAE’s foreign minister Sheikh Abdullah bin Zayed Al Nahyan recorded a reassuring message saying, “establishing an independent Palestinian state with East Jerusalem as its capital. We will continue to support the Palestinian cause based on our historic stance that stems from a deeply rooted, unshakable belief that will never change as a result of any considerations.”

The UAE is the third Arab nation after Egypt and Jordan to establish diplomatic relations with Israel. Adding to this, Israeli officials have publicly mentioned Oman, Bahrain, and Sudan as countries who may follow suit.