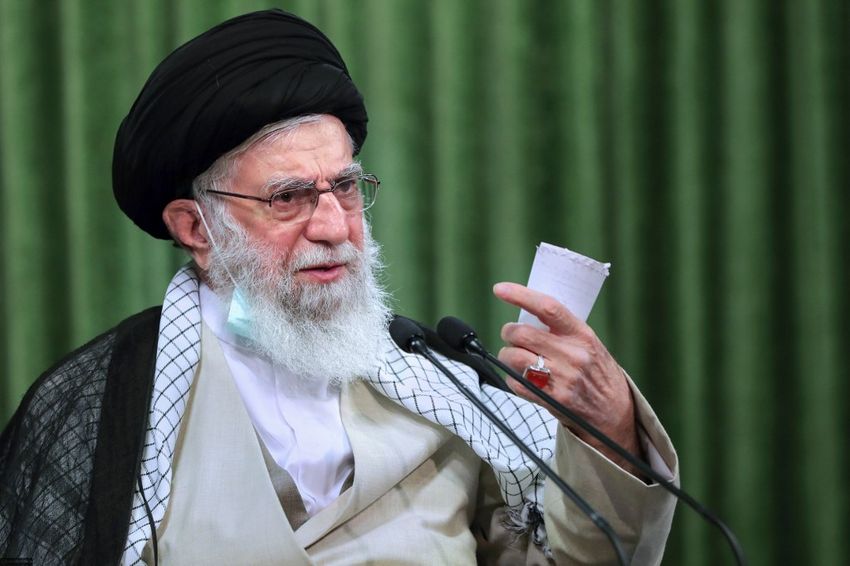 Speaking after the Senate Commerce Committee hearing on Big Tech’s biased censorship, Iran’s Ayatollah Ali Khamenei responded unabashedly asking why anyone had a problem with his Holocaust denial tweets.

On Wednesday, apart from being questioned over the censorship of the NY Post article that exposed Hunter Biden’s illicit foreign dealings, Twitter chief Jack Dorsey was also slammed by senators over the refusal to remove or vilify tweets from Iran’s Supreme Leader, which called for the extermination of Jewish people.

In immediate response to the proceedings of the committee the leader of the Islamic regime tweeted, “The next question to ask is: why is it a crime to raise doubts about the Holocaust? Why should anyone who writes about such doubts be imprisoned while insulting the Prophet (pbuh) is allowed?”

A constant and open propagator of Jewish-hate, Iran’s 81-year-old dictator is known for his cruel comments on Twitter, where he posts anti-Jew tweets quite often. With a pool of over 836,000 followers, the leader has, in more instances than one, written lewd remarks about Israel and Jews.

The next question to ask is: why is it a crime to raise doubts about the Holocaust? Why should anyone who writes about such doubts be imprisoned while insulting the Prophet (pbuh) is allowed?

Khamenei, in his tweets, has resorted to calling Israel a “cancerous growth” to be “uprooted and destroyed” — without any retribution. Taking offense to this kind of outrageous behavior on a public platform that is open to the world, Israel had taken to beseech Twitter to remove the set of tweets in July this year, but alas, the tweets prevailed, after being cited by the company as “comments on current affairs.” In May, Israel on asked Twitter to immediately suspend the account of Iran’s supreme leader from the social media platform for what it described as “anti-Semitic and genocidal” messages posted by Ayatollah Ali Khamenei.

When asked about this particular rejection during the hearing on Wednesday, Dorsey replied to Sen. Cory Gardner, saying “Somebody who denied the Holocaust is not misinformation.”

3. Pay attention! U.S. & Zionists’ policy is staging wars in #Syria, constant killings in #Yemen, creation of ISIS in #Iraq, etc. to divert world of Islam’s attention & provide opportunities for Zionist regime.The way to prevent that is vigilance of proud youth of world of Islam.

In reality, the problem lies in this very statement. Unfortunately, the Holocaust is not an imaginary event that can be left for an open-ended discussion of whether or not it was real or legitimate. More than six million Jews, which is around two-thirds of Europe’s Jewish population were mass murdered by the Nazi regime during World War II, which is more than adequate proof of the matter.