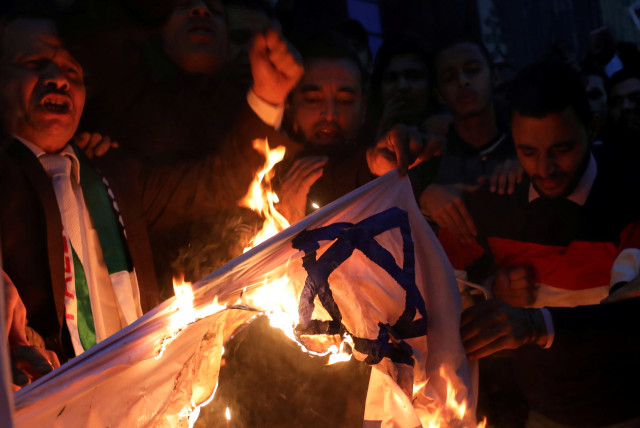 Even though the war-like conflict between Palestine and Israel has come to an end with a ceasefire, certain groups continue to wreak havoc with antisemitic demonstrations against Israel. One such incident took place in Hamburg, Germany where hundreds of Islamist protestors lined the Steindamm in the St. Georg district last Friday.

A video of the rally was seen floating online on Monday, in which more than 200 men clad in black clothing and lined up in military fashion carried coffins bearing Arabic inscriptions as they angrily chanted slogans accusing Israel of being a “child murderer.”

Identified as Muslim Interaktiv, the group behind the protest is considered to be a successor to Hizb ut Tahrir, a rabidly antisemitic Islamist organization that was banned by the German Interior Ministry in 2003.

In response to the video, Ali Ertan Toprak, the federal chairman of the Kurdish Community in Germany, declared on Twitter that Hamburg had witnessed a “rise in hatred.” “We can no longer leave the streets to these Islamist antisemites!” Toprak emphasized.

Meanwhile, Philipp Stricharz, the head of the Jewish community in Hamburg claimed that that the rally had violated German laws against public displays of antisemitism, and that he would be consulting with the police and municipal authorities in the coming days.