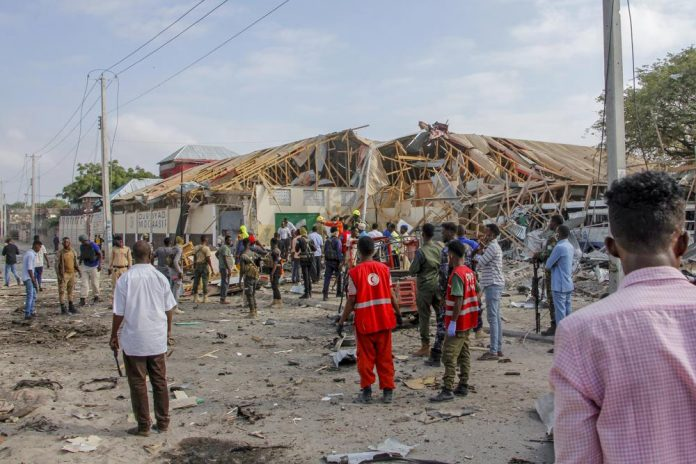 Eight people were killed and 17 others wounded including 13 children when an Islamist suicide bomber detonated himself outside a school in Somalia’s capital on Thursday.

In the initial police investigation, the bombing occurred around 7:30 a.m. outside of Mocaasir Primary and Secondary School.

Video footage and photographs from the blast site showed two walls of one classroom in pieces and a chalkboard with a scrawled sentence still intact.

It was learned that school buses and cars were also blasted into heaps of metal.

The attack was claimed by al Shabaab militants, who said they were targeting a United Nations security convoy passing near the school.

A deeper investigation on the blast is now underway.