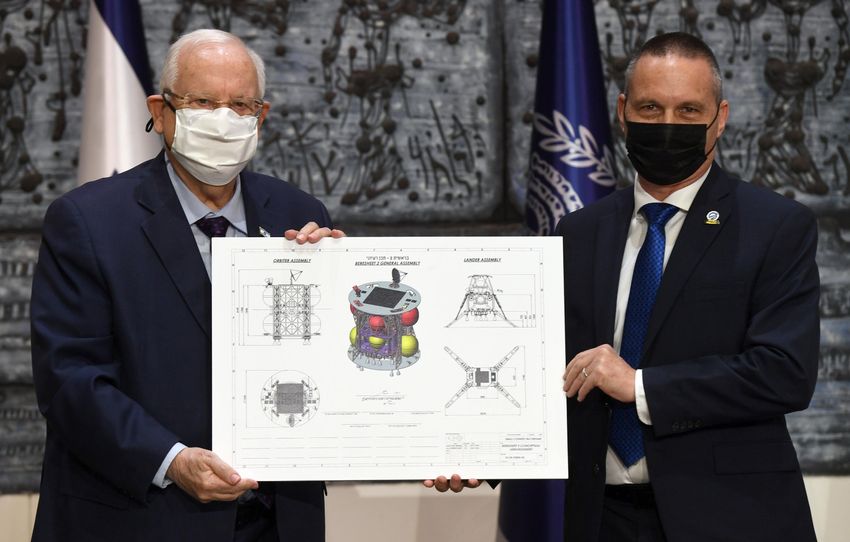 After a failed first attempt last year, SpaceIL, a nonprofit Israeli initiative is back on its feet to take Israel to the moon. On Wednesday the organization announced that it is launching another lunar mission with its Israeli government partners.

As announced at the inauguration of the project on Wednesday, the Beresheet 2 project will aim to send three spacecraft (an orbiter and two landers), straight to the moon, in the hopes of a successful second attempt. Named after the first attempt, tagged Beresheet, or “Genesis,” which unfortunately crashed just minutes before touchdown, this time Israel hopes to join the ranks of the U.S, Russia, and China in making a successful trip to the moon.

President Reuven Rivlin, who hosted a launch ceremony for the new project, said the country was “filled with pride” during last year’s attempted landing. “Just a year and a half ago, we were here together, when Israel held its breath and looked to the stars. We anxiously watched the Beresheet spacecraft on its historic journey to the moon. We watched its long journey, were in wonder at the researchers, and were filled with pride at the Israeli daring and ability that flourished right here and at the groundbreaking work of Space IL. We were disappointed, and realized that we had to start once again from the beginning,” he said. “Today, we are setting out on a new path, familiar but different, at the end of which we hope to land three spacecraft safely on the moon.”

SpaceIL’s chief executive, Shimon Sarid, said the project aims to inspire a new generation of scientists and researchers in a country known for its vibrant technology scene.“We will do it by raising curiosity and hope, the ability to dream and realize and through strengthening technological education, research, science, and engineering for Israeli students,” he said.

To go ahead with this project, this time, SpaceIL will be teaming up with Israel Aerospace Industries as well as the country’s Science Ministry and national space agency. Beresheet 2 is expected to be launched into space in four years, and according to statements made by the nation’s Science Minister, Yizhar Shai, seven countries including the United Arab Emirates, have expressed interest in joining the effort.