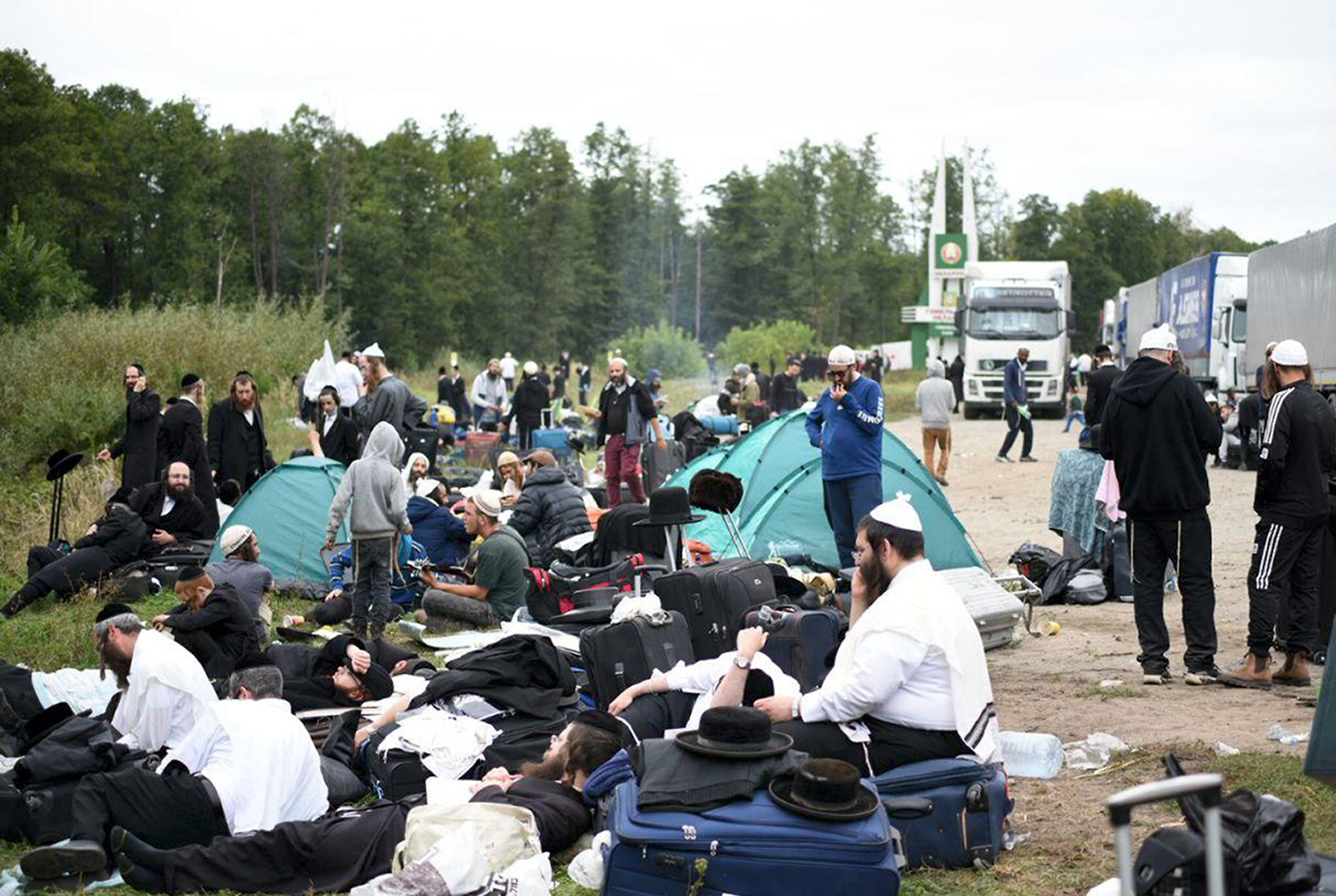 Ahead of the Jewish New Year, which invites thousands of pilgrims paying a visit to the holy site in Uman, Israel’s talks with Kyiv failed to produce any results. This is primarily why, on Thursday, thousands of Jewish travelers sitting on the borders at Belarus and Moldova were asked to head home before the holiday.

The Minister assigned with the task of initiating and chalking out talks with the neighboring country, Ze’ev Elkin said Ukraine refused to change its decision to ban the entry of foreigners for the Uman visit. A final set of talks which indicate the brink of Israeli efforts to find a way for thousands of Hasidic worshipers to spend Rosh Hashanah at the gravesite of a revered 18th-century rabbi in the city of Uman, all travelers were asked to head back.

Tweeting about the series of events, Elkin said, “Despite numerous efforts to help Israelis who tried to enter Ukraine via Belarus and Moldova, we received a final negative answer today from the Ukrainian authorities. The Ukrainians have announced they won’t allow entry through the borders, not even for a limited group. I urge our citizens to return to Israel and heed the quarantine instructions upon their return.”

According to authorities, around 2,000 Hasidic Jewish pilgrims had set up camp at the border in Belarus, hoping that they could cross the border and offer their prayers at Uman. While Belarus agreed upon letting the pilgrims cross the border, Ukraine has been firm in refusing to let them in. A decision that was triggered due to the rise in coronavirus cases last month, the country’s motive is to limit the influx of more cases through inter-country travel. Belarus, on the other hand, hasn’t barred foreign visitors from entering and allows Israelis visa-free entry.

In a customary practice each year, around 30,000 Hasidic Jews visit the city of Uman in September for Rosh Hashanah, to pay their respects at the grave of Rabbi Nachman of Bratslav, who died in 1810. The Rabbi is known to be the founder of the Bratslav Hasidic sect, and his grave is located in Uman, some 160 kilometers (100 miles) south of Kyiv.

The Jewish pilgrims that have gathered on the border, and were staying there in the hopes of possible entry, are receiving food from Red Cross volunteers, Ukraine has deployed additional forces to protect the frontier and sent aircraft and drones to patrol it. On Thursday, Hebrew media reported that 30 Hasidim seeking to travel to Uman were refused entry into Moldova after traveling there via Turkey.

The head of Ukraine’s border guard Sergiy Deyneko addressed the pilgrims in a video released by his service on Wednesday saying no one would be allowed to enter the country. “I respect your traditions and customs, but this year you will not be able to get to Uman. I am ready to repeat this, if necessary, thousand times,” he said.

Since many pilgrims have already made it to Ukraine earlier, to avoid the possible border closure, local Ukrainian authorities have said they will limit gatherings in Uman for the two-day holiday, which begins on Friday night.