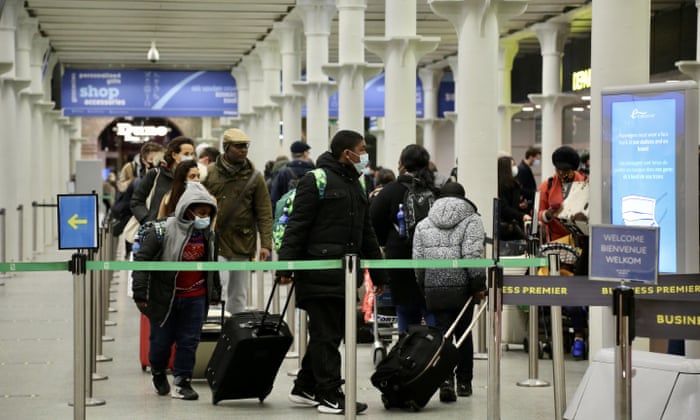 As cases continue to surge in Israel, the country on Sunday began inoculating citizens, whilst also re-imposing travel restrictions in response to the dangerous new virus strain that has been wreaking havoc in the United Kingdom.

Israel on Sunday began its coronavirus inoculation drive, aiming to vaccinate an approximated 60,000 people a day, starting with health workers, and then moving onto elderly, high-risk Israelis and those over 60 years old. Demonstrating the safety of the vaccine, Israel’s 81-year-old President Reuven Rivlin, and Prime Minister Benjamin Netanyahu was among those vaccinated publicly over the weekend.

Israel has acquired doses from Pfizer as well as Moderna, which are enough for about 9 million citizens as of now. The country made an agreement with Pfizer to secure 8 million doses of the U.S. pharmaceutical company’s vaccine, which is enough to cover nearly half of Israel’s population since each person requires two doses. Israel reached a separate agreement with Moderna earlier this month to purchase 6 million doses of its vaccine enough for another 3 million Israelis.

Meanwhile, as cases rise to at least 3000 per day, the country has re-imposed travel restrictions, particularly in response to the new virus strain that has been causing an escalation of cases in the United Kingdom. The country’s coronavirus Cabinet on Sunday unanimously approved new travel restrictions, barring non-Israelis entry into the country from Britain, Denmark, and South Africa, and mandating returning nationals to isolate in quarantine hotels.

“We need to close off the whole world immediately,” said Israeli Prime Minister Benjamin Netanyahu said during the Cabinet meeting.“It’s an extreme step, but one that, if successful, will curb the rate of COVID-19 infection.”

On Sunday, several European Union nations, as well as countries like India, Saudi Arabia, and Singapore, banned flights from the U.K. in the hopes of blocking a new, deadly strain of the coronavirus that has been making matters worse across southern England, leading to another lockdown in the country.

In accordance with this, Prime Minister Netanyahu on Sunday, also added that it is not yet time for people to let their guard down, as being lax with regard to social distancing and mask-wearing has led to a rise in infection and number of deaths. Israel has reported more than 368,000 confirmed cases and more than 3,000 virus-related deaths since the start of the pandemic.