On Thursday, Israel halted its plan to ship surplus coronavirus vaccines to a group of friendly nations as authorities examined whether it was in Prime Minister Benjamin Netanyahu’s authority to order the move, according to the Justice Ministry. The announcement put a freeze on a plan that reportedly would have seen up to 100,000 vaccine doses sent to numerous countries.

Questions about Netanyahu’s decision-making authority in supplying vaccines to diplomatic allies was put under the microscope when, on one hand, Palestinian territories are struggling to secure their own vaccine supplies. The plan has also illustrated how at a time of global shortages, the vaccine has become an asset that can be used for diplomatic gain. 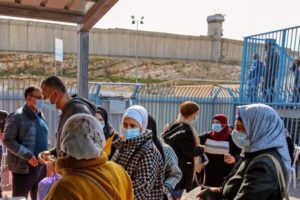 In a statement, Attorney General Avichai Mandelblit said he had received a number of requests to review Netanyahu’s decision. One of those requests, he said, came from Netanyahu’s National Security Adviser Meir Ben-Shabbat, who told Mandelblit he had been instructed, apparently by the prime minister, to “freeze any action on the matter.”

Before the Justice Ministry intervened,  Defense Minister Benny Gantz also demanded the outwards supply to other nations be halted. “This is not the first time that significant defense and diplomatic decisions are being made behind the backs of the relevant bodies, while possibly damaging our national security, our foreign relations, and the rule of law,” Gantz wrote. “This is a pattern which impinges upon our ability to manage the country soundly.” 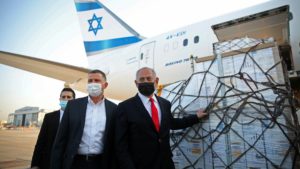 Soon after Mandelblit’s decision, Gantz cheered news of the plan’s suspension, saying it had come about “in an undemocratic manner, bypassing regulations.” He tweeted: “If there is a reason to transfer vaccines to various countries at the expense of Israeli citizens, this will only be decided in the relevant forums. Making decisions in the dark raises concerns of harming the state’s foreign relations and security.”

This being said, despite the halt, one delivery had already landed in Honduras, the country’s President Juan Orlando Hernandez announced, saying the doses will go to frontline workers. The Czech Republic said Tuesday that it received 5,000 doses of the Moderna vaccine from the Jewish state.