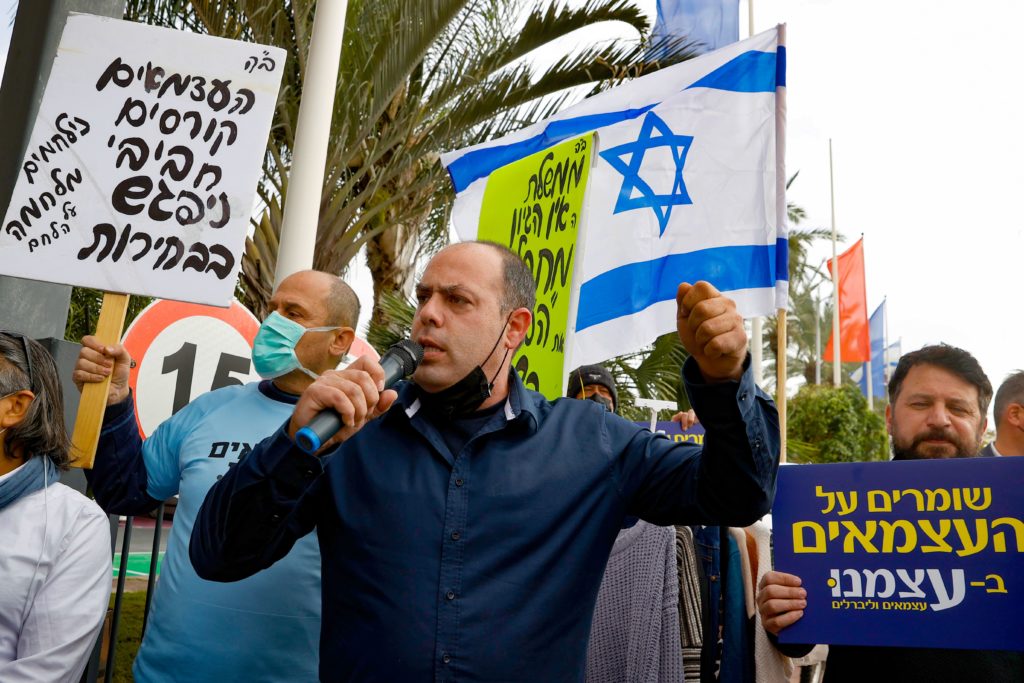 On Sunday, the Israeli cabinet voted to extend the nationwide lockdown until Friday morning at 7 a.m. and keep the airport closed until Sunday. Apart from the extension of the lockdown, the Knesset passed a bill doubling fines for lockdown violators, which will now go into effect as a law.

Prime Minister Benjamin Netanyahu’s office announced early Monday that the restrictions, which have forced nonessential businesses and most schools to remain closed for the past month, will remain in effect until at least Friday. A ban on nearly all incoming and outgoing flights will remain in effect for another week. In addition, a committee was set up to examine exemption requests for Israelis who need to return to the country for humanitarian reasons during the closure, the statement said, without giving criteria.

The cabinet also decided to reimpose a mandatory quarantine on those allowed to enter in government quarantine hotels. The decision goes into effect from Tuesday. Furthermore, the cabinet is to meet on Wednesday to decide whether to extend the restrictions even longer.

Now in its fourth week, the third nationwide lockdown in Israel has still not successfully brought down infections, despite Israel’s successful vaccination campaign. The Sunday night decision came after two funerals attended by thousands of ultra-Orthodox in Jerusalem in violation of lockdown restriction sparked fresh outrage among politicians, the public, and business owners, who have seen their livelihoods decimated by the lockdowns.

Meanwhile, the law increasing the fines came amid rule-breaking and protests in some parts of the ultra-Orthodox community. Many institutions in Haredi society have continued to operate throughout the lockdown, angering critics who say that the current level of enforcement isn’t enough. “We must extend the lockdown by a week and not politicize it, to focus on the violations of one public group or on other communities. Gatherings in every sector must be prevented,” Netanyahu said.

During the meeting, in a message posted to his Twitter account, Netanyahu said, “To be clear: a gathering is a gathering. It doesn’t matter if it’s ultra-Orthodox, secular people, or Arabs. Unfortunately, there are gatherings on all sides, in all these public groups. We need to stop this immediately and stop politicizing it.”

The maximum fine for breaking the rules will increase from NIS 5,000 ($1,500) to NIS 10,000 ($3,000). The measure originally called for fines of up to NIS 20,000, but that amount was lowered following pressure from the ultra-Orthodox parties, which still voted against the final bill.