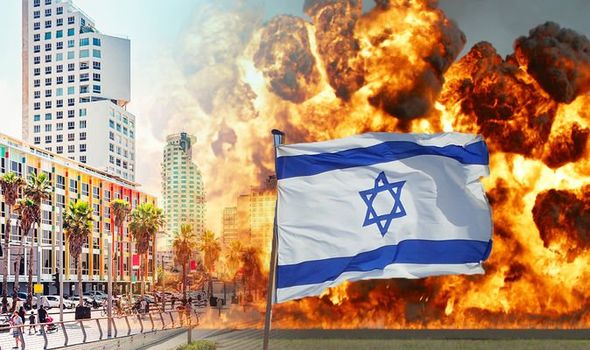 Israel Issues Travel Advisory For Those Travelling To Gulf Countries, In Wake of Iran Threat

Without expanding on the kind of threats received by Iranian officials after the assassination of Iran’s famed Nuclear Scientist Mohsen Fakhrizadeh last weekend, the NSC has listed countries neighboring Iran as places where Iranians could try to attack Israelis. These countries include Georgia, Azerbaijan, and Turkey, and Israel’s two new Gulf peace partners the United Arab Emirates and Bahrain. The list also features Iraqi Kurdistan, the Middle East in general, and the entire African continent.

Amidst surmounting tensions between Israel and Iran, which sprouted particularly after a crash bombing that killed Iran’s nuke chief Mohsen Fakhrizadeh- which the country deems an attack by Israel, there have been rising concerns of a possible attack on the Jewish state. Openly condemning the act without proof of Israel being behind it, Iran’s  Khamenei said Iranian authorities must seriously consider and follow up on two issues, “First is following up on this crime and decisively punishing its perpetrators, and the other, following up on the scientific and technical endeavors of the martyr in all the sectors he was working.” Khamenei called Fakhrizadeh a “prestigious nuclear and defense scientist” and said he was “martyred by the hands of criminal and cruel mercenaries.”

In response to these threats and protests in Iran wherein citizens burnt photos of President Trump, President-elect Joe Biden, along with Benjamin Netanyahu, the advisory from the NSC stated, “In light of the threats that have been made recently by Iranian elements and given the past involvement of Iranian elements in terrorist attacks in various countries, there is concern that Iran will try to act in this manner against Israeli targets.” The statement also said that “global jihadist organizations, with a special emphasis on the Islamic State,” are demonstrating “high motivation” to launch global attacks following the recent terror assaults in France, Austria, and Germany.

“It’s possible that part of the current wave of Islamist terror will reach targets identified with Israel or Jewish communities” such as “synagogues, Kosher restaurants, and Jewish museums,” the NSC said. The statement also mentioned the Christmas period at the end of December and called it “attractive for hostile terrorist activity in Europe.”

This is primarily why the NSC has advised Israelis to “be more vigilant (including near Israeli missions, synagogues, and Jewish community institutions), obey the security guidelines of local authorities, stay away from crowded areas and avoid staying in unsecured public areas or in the vicinity of government institutions.”