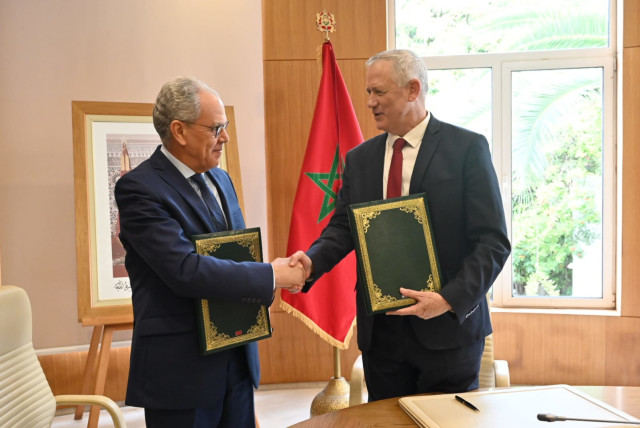 Israel and Morroco signed a historic defense agreement on Wednesday at the the North African kingdom.

Defense Minister Benny Gantz signed the deal in behalf of the Israeli government alongside his Moroccan counterpart Abdellatif Loudiyi.

The historic defense agreement formalizes the defense relations between the two countries, allowing for increased cooperation in the fields of intelligence, industrial collaboration, military training and more.

“We have just signed a defense cooperation MOU with Morocco. It is a very significant development, which will enable us to work on joint projects and promote industrial cooperation,” Gantz said.

During the signing of the deal, Gantz also reiterated the importance of enhanced bilateral cooperation in light of developing threats in the Middle East and North Africa and expressed hope that there would be more countries that would sign normalization agreements with Israel.

Moreover, Gantz also thanked Morroco’s King Muhammad VI and Loudiyi “for their efforts to strengthen and expand relations between the two countries.”