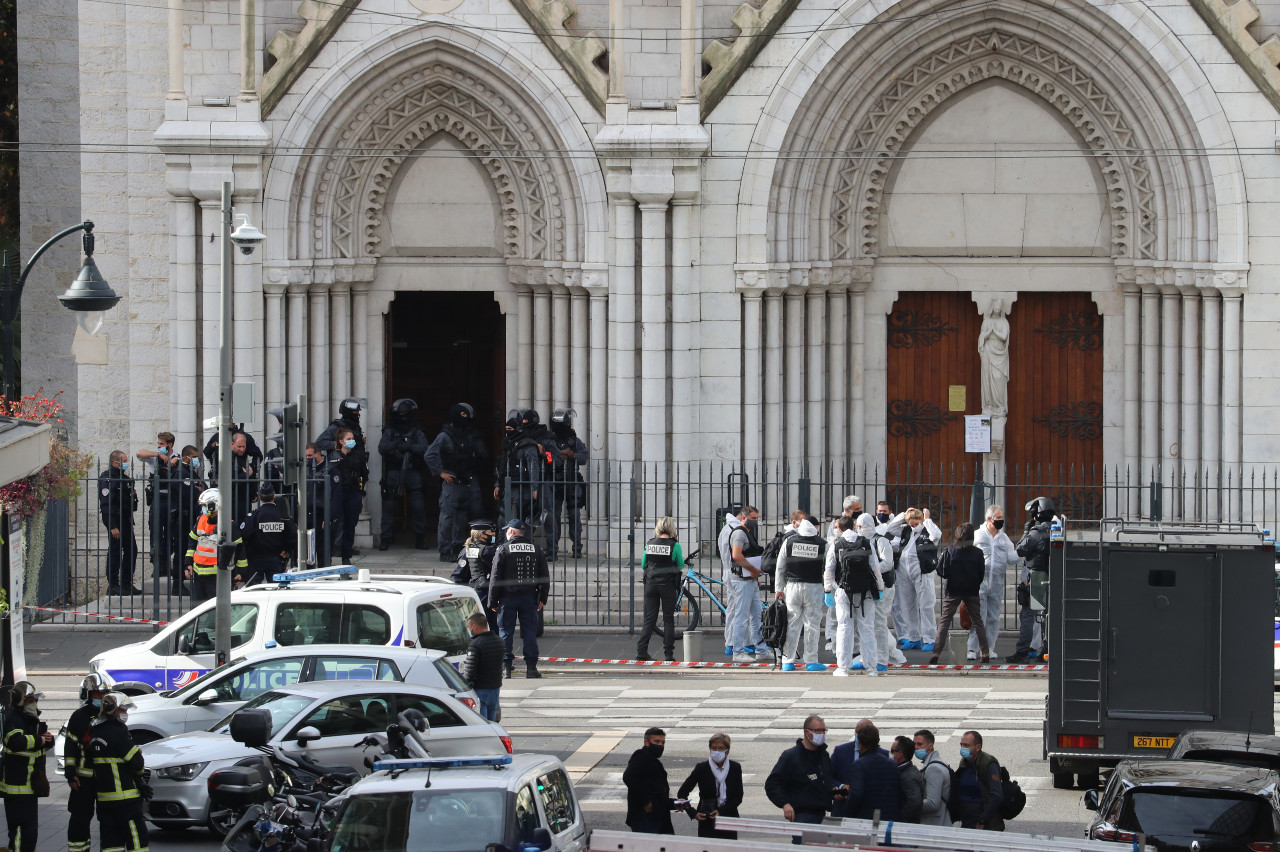 In response to the recent acts of terrorism in France following growing tensions between France and Muslim countries, several world leaders took to condemning the stabbing, claiming such attacks based on religion will not be tolerated.

Israeli Prime Minister Benjamin Netanyahu tweeted that “Israel unites in shock and condemnation of the atrocious attack at the Notre-Dame Basilica in Nice. All civilized peoples must stand in full solidarity with France against the scourge of terrorism. There can be no justification or equivocation.” 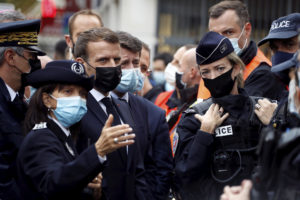 President Trump also criticized the act of violence on Twitter saying, “Our hearts are with the people of France. America stands with our oldest ally in this fight. These Radical Islamic terrorist attacks must stop immediately. No country, France, or otherwise can long put up with it!”

The attack in Nice was deemed to be a terror attack at the Notre-Dame Basilica, where the Saudi Arabian stabber with a Quran in his hands killed two women and one man was dead. One woman took refuge in a nearby bar where she succumbed to her injuries and the other was killed in “the most horrible way, like the professor” – said Mayor Christian Estrosi, a former MP with the right-wing Republicans party, in an apparent reference to the recent attack on French teacher Samuel Paty, who was beheaded in broad daylight. The attack in the Mediterranean city of Nice was the third in two months in France that authorities have attributed to Muslim extremists. 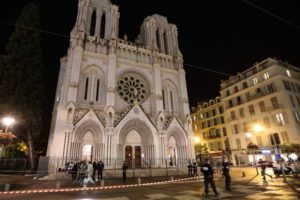 “He cried ‘Allah Akbar!’ over and over, even after he was injured,” said Estrosi, “The meaning of his gesture left no doubt.”

Soon after the developments, a representative of the French Council for the Muslim Faith condemned the attack, saying “As a sign of mourning and solidarity with the victims and their loved ones, I call on all Muslims in France to cancel all the celebrations of the holiday of Mawlid (to have been observed on Friday).”

In recent developments, French authorities named the perpetrator as Brahim Aouissaoui, 21 years of age, who is suspected to be a Tunisian who entered France from Italy. 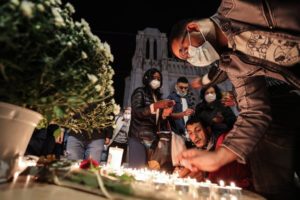 Alluding to the increasing terror attacks in the name of Islam, President Reuven Rivlin warned: “The attempt to foment war between religions is inconceivable. There is no war between Christianity and Islam, or between Judaism and Islam and we must be sure that no one is allowed to make that happen.”

Defense Minister Benny Gantz sent “deep condolences” to the French people and added: “The French government has the same right and duty as every government to take a strong hand against any type of terror that harms innocent civilians. Against extremism and terrorism, cooperation between all countries that strive for peace is needed.”

Turkey, which has had recent clashes with the country with reference to the cartoons depicting Prophet Mohammad, was also alarmingly one of the first nations to condemn the attack. “We strongly condemn the attack committed today inside the Notre Dame church in Nice,” a Turkish foreign ministry statement said. It expressed solidarity with France and offered condolences to relatives of the three people killed in the attack.

Other Islamic countries also followed suit. Egypt’s foreign ministry said it “stands as a government and people with… France in combating this hateful incident.” and Iran condemned the attack as part of a “cycle of provocations and violence” that must stop.