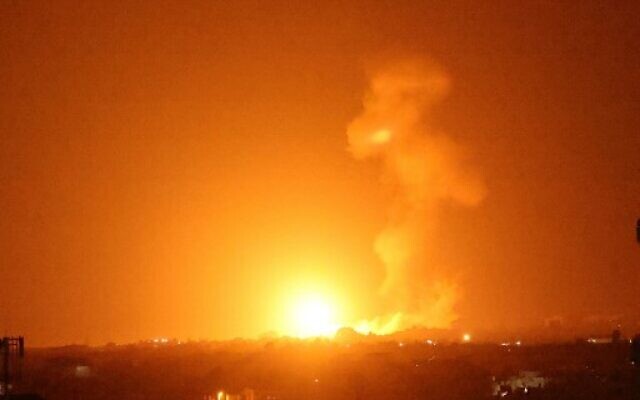 Targeted Gazan sites were struck by the IDF late Monday night, as a response to the series of fires caused in Israel by arson balloons sent from the strip.

After at least nine fires in Israeli border communities earlier in the day, the IDF decided to retaliate by hitting a Hamas weapons factory in the southern town of Khan Younis, the entrance to a terror tunnel in Jabaliya, and an underground rocket launcher. The army later said it attacked an additional tunnel entrance after the planes came under fire.

As reported by the Times of Israel, there were no casualties in the raids, but they did cause material damage, a Palestinian security source told AFP, speaking on condition of anonymity. He added that Hamas fighters had fired on the Israeli aircraft. Last week machine gun fire aimed at Israeli jets hit homes in the Israeli community of Sderot, causing some damage.

In reaction to Israel’s retaliatory attacks, Senior Hamas official Ismail Radwan vowed that Hamas would not be deterred. “The bombing will only increase our determination to reclaim our rights,” he said.