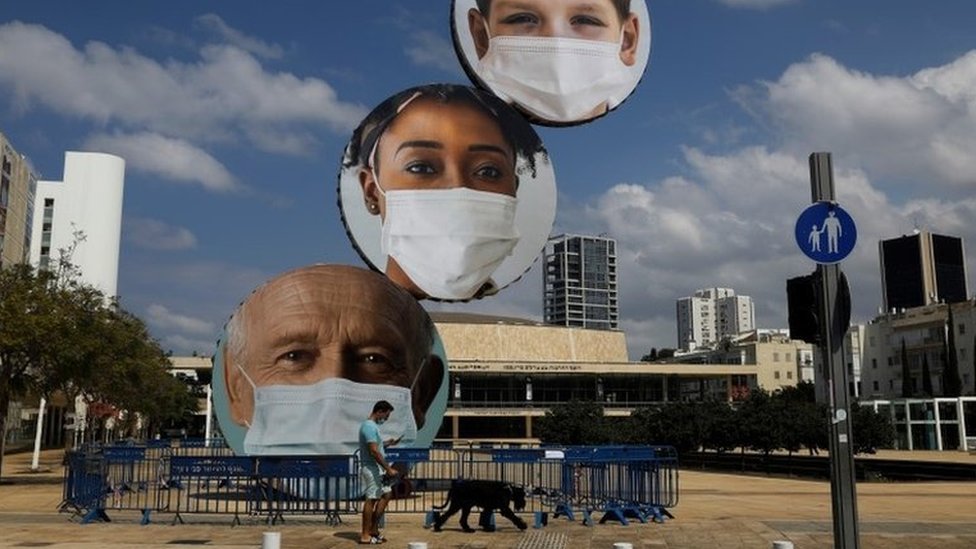 On Tuesday, the Israeli government voted in favor of extending the national lockdown, this time tightening restrictions for two whole weeks in response to the growing cases of the coronavirus and overwhelmed hospitals.

As infections have passed the 8,000 mark, Israel had decided to shutter schools and nonessential businesses for two full weeks. The increased measures will come into force at midnight between Thursday and Friday and last for at least 14 days, according to the Prime Minister’s Office and the Health Ministry.

Speaking of this stringent lockdown, Prime Minister Benjamin Netanyahu tagged it as “one final effort” to keep COVID-19 at bay, as the contagion continues to wreak havoc in Israel, despite it being the highest per capita vaccine giver. Israel had inoculated some 1.5 million of its 9.3 million populace by late Tuesday, including some 55% of its 60-plus age group, and is expecting a large shipment of another 100,000 vaccines from Moderna sometime soon this month.

Despite the highly successful vaccination drive, the Health Ministry said Tuesday that there were 58,932 active virus cases, with 8,371 infections confirmed the previous day, the highest daily increase since over 9,000 infections were recorded on September 30. Along with another 6,633 cases since midnight, the number of infections since the pandemic began rose to 456,139, with a death toll of 3,489.

A statement following the latest decision also stated that ministers will vote overnight on the specific measures, which will include closing all workplaces, except for essential workers; limiting gatherings to five indoors, 10 outdoors; and maintaining the limit on traveling beyond 1 kilometer from home.

As of now, all schools are set to be shuttered, except for special education institutions. Additionally, Israelis who have not already bought a plane ticket to travel abroad during the two-week period will not be allowed to fly.

Concluding the cabinet debate, Netanyahu blamed the British variant of the virus for the booming surge in virus cases in Israel.“We are in the midst of a global pandemic that is spreading at record speed with the British mutation. It has reached Israel and claimed many lives. We must immediately impose a full closure. I have no doubt that the government will approve it and the Knesset must pass it immediately,” he said. “Every hour that we delay, the disease spreads even quicker.”