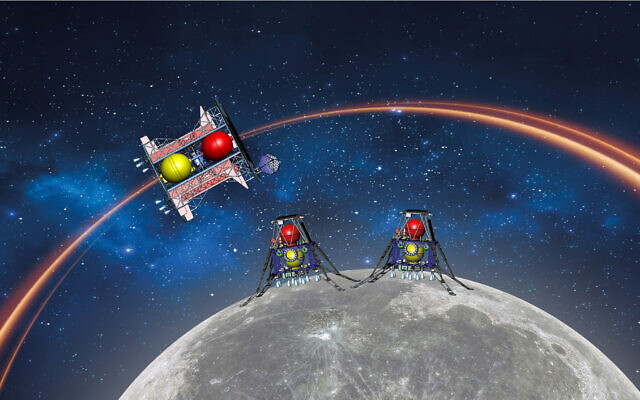 Israel & UAE Join Hands For Mission To Moon in 2024

After a series of agreements following the Abraham Accords, Israel and the UAE have now come together for the “Beresheet 2” mission to the moon scheduled to launch in 2024.

The upcoming mission will carry a satellite to determine the exact time for the new moon, as both Jews and Muslims use lunar-based calendars. “Over the past few months, we have forged a strong and strong relationship with senior UAE officials who seek to establish a deep relationship based on shared values ​​of education, technology and inspiration for the younger generations of the two peoples,” said SpaceIL founder Morris Kahn. The Beresheet 2 mission is coordinated by the Israeli non-governmental organization SpaceIL.

Furthermore, the United Arab Emirates Space Agency (UAESA) also signed a deal with the Israel Space Agency to enhance cooperation in scientific research, space exploration, and knowledge transfer. The deal was signed on Wednesday in Dubai by Emirati Minister of State for Advanced Technology and chairwoman of UAESA Sarah bint Yousef Al Amiri, and Israeli Minister of Science and Technology Orit Farkash-Hacohen.