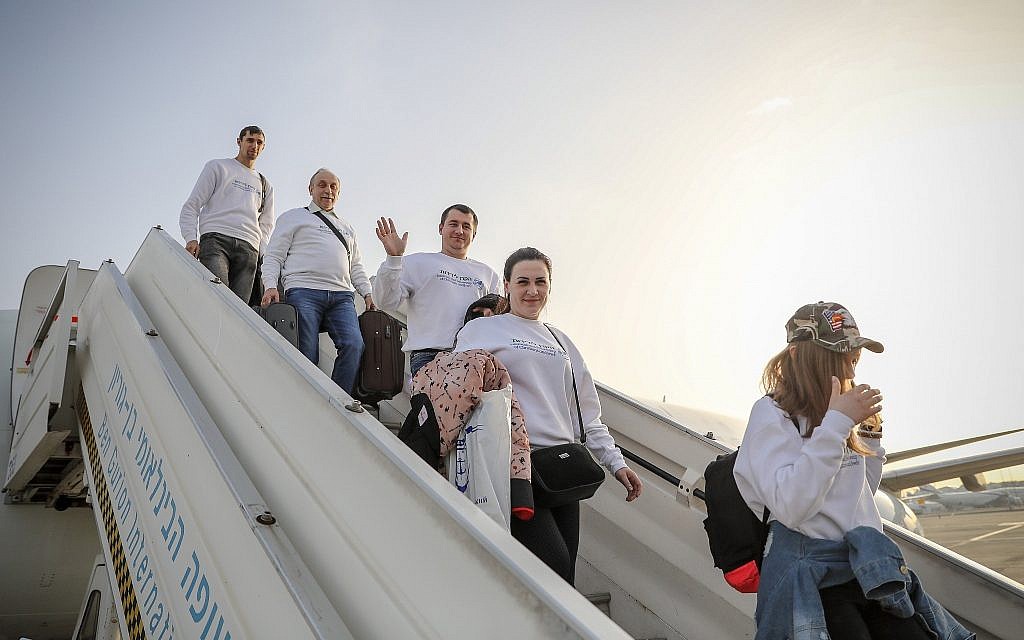 The Israeli government, led by Prime Minister Naftali Bennett, has urged Israeli citizens in Ukraine on Sunday to avoid risks and come home immediately as tensions continued to rise over a potential Russian invasion.

In a weekly cabinet meeting, Bennett said, “I call on Israelis in Ukraine: Return home. Do not take unnecessary risks. Do not wait for a situation in which you will very much want to return but will be unable to do so. Be responsible for your lives and leave Ukraine as quickly as possible and come home. We do not know what the developments will be between Russia and Ukraine. Like the rest of the world, we hope that the tension will end without escalation; however, our primary obligation is to look after our Israeli citizens.”

Foreign Minister Yair Lapid on Sunday met with Ukrainian Deputy Foreign Minister Emine Dzhaparova in Jerusalem to share his concern over the escalating crisis, while expressing hope that US-led diplomatic talks will help resolve the situation. He also cautioned that there is “an especially small window” to evacuate Israelis from Ukraine.

On Saturday night, Israel’s Foreign Ministry issued a travel warning calling on its citizens in Ukraine to leave the country as soon as possible amid “continued tensions and the fear of escalation.”

According to government estimates, there are 10,000 to 15,000 Israelis in Ukraine. Those planning on traveling to the country are advised to cancel their plans for the time being.