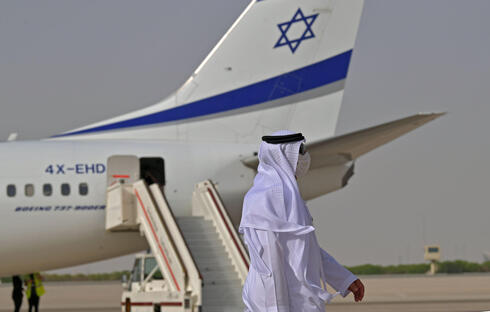 Israeli Airlines Can Now Use Saudi Airspace While Travelling To UAE, Bahrain

A positive announcement that could even pave the way for normalized ties between Saudi Arabia and Israel (if all goes well), on Monday the Arab nation declared that Israeli airliners can now use its airspace en route to the United Arab Emirates and Bahrain.

After years of barring Israeli airplanes from using their airspace, the Kingdom of Saudi Arabia had finally agreed upon allowing direct flights to traverse Saudi airspace. As reported by several media outlets, this historic change was brought in by the US delegation’s visit to Saudi Arabia led by White House senior officials Jared Kushner and Avi Berkowitz.

Going by the announcement, the first Israir flight between Tel Aviv and Dubai scheduled today will depart Ben-Gurion Airport as originally planned, and will fly over Saudi Arabia while making its transit.

After the decision was released on Monday, Israel’s Transportation Minister Miri Regev posted on Facebook, saying, “I’m glad to see that after several long, tense hours of waiting and receiving many inquiries from concerned passengers and airline companies, the Saudis just gave their approval for the first Israeli commercial flight to depart tomorrow as planned. I wish all passengers a safe trip and a safe return.”

But there’s a catch.

According to Israel’s Channel 12, the permission from Riyadh is only valid for the next four days and only covers flights to Dubai. It also isn’t immediately clear if the permission will be extended to national carrier El Al, which is also set to launch regular flights to the UAE next month.

An Israeli official familiar with the matter told The Times of Israel that there was a “green light” in principle, but the details still had to be worked out. In the meantime, there was no official confirmation from Riyadh on any permission for any length of time.

As reported by several Israeli media houses, the UAE clarified on Monday to Israel’s Transportation Ministry that as long as Saudi Arabia doesn’t issue Israeli airline companies a permit to fly over its airspace, the UAE won’t allow any Israeli flight to land in Dubai. Luckily enough, as authorities pleaded with Saudi to speed up the approval process, the Arabian country gave a green flag. Relieved by the decision, Israeli airline companies Israir, Arkia, and El Al are prepared to fly thousands of Israelis to Dubai during the month of December, only if the timeline is extended indefinitely.

The new setting is expected to have significant effects on Israeli flights to the east, shortening flying time by 2-3 hours to various destinations abroad.