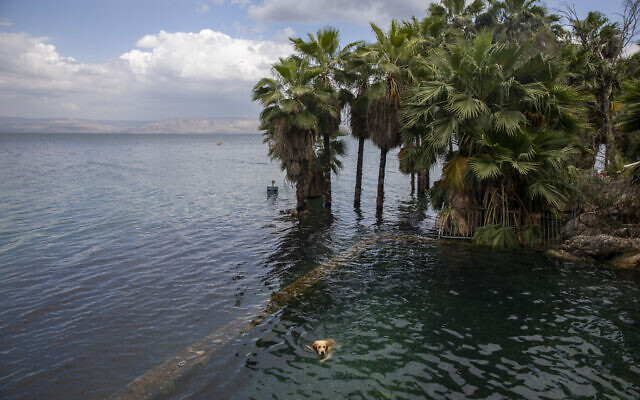 The Israeli government has approved an ambitious plan to clean up a substantial stretch of the Jordan River, restore its once abundant nature, and develop tourism along its banks.

The plan which was approved on Sunday will ensure that a selected segment of the river will undergo rehabilitation, all of which is located within Israeli territory, and runs from the Sea of Galilee to the point where the river meets the Bezek Stream, around 23 miles to the south.

Over the years, the stretch earmarked for the upgrade has suffered from the drastic reduction of freshwater from the Sea of Galilee, which currently stands at a mere 30 million cubic meters per year. Some 1.2 billion cubic meters flowed south from the lake until Israel built a dam at its southern end in the 1960s.

The Water Authority’s plan for the region has two main components.

The first is to stop the entry of the waste and salt water into the river and to gradually release more freshwater into it from the Sea of Galilee, up to a total maximum of 70 million cubic meters annually.

This will allow visitors to safely swim in this part of the river again and is expected to help rehabilitate the ecosystems in the river and on the banks.

The second component of the plan is to reuse and redistribute the freshwater, salty, and treated water for farmers in the Jordan Valley.

According to the new plan, the freshwater flowing down the rehabilitated section of the Jordan River will be pumped out at different points along the way and sold to farmers for their freshwater cultivation.

In addition, a new pipe will be built, parallel to the Jordan River, to carry treated wastewater and around seven million cubic meters of desalinated spring water each year to farmers.

The infrastructure for this new system will be financed through the charges farmers pay for water, the plan said.