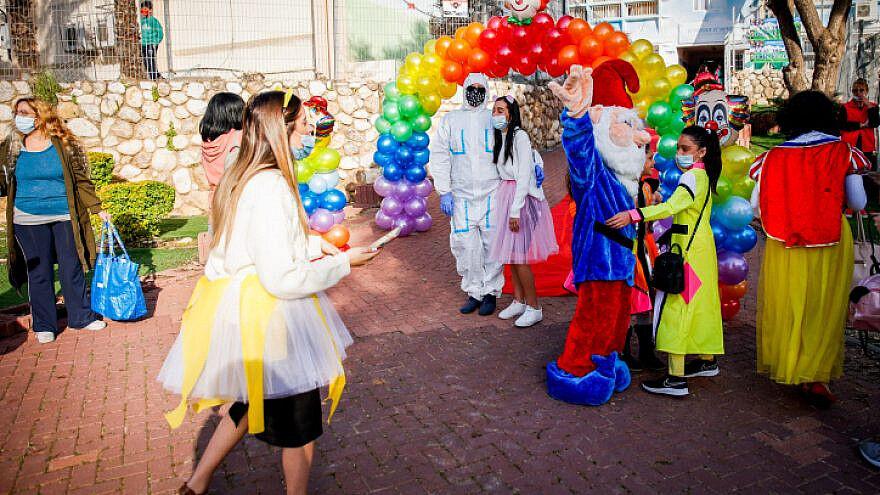 On Wednesday, Government ministers finalized a nationwide nightly curfew over Purim, in a bid to prevent gatherings during the holiday that could fuel a resurgence in coronavirus cases. The curfew will begin on the first night of Purim until Sunday morning, over in Israel.

Under the new night curfew rules sanctioned by the government, Israelis will be barred from traveling more than a kilometer from home between 8:30 p.m. and 5 a.m. and only essential businesses may open during those hours. Bans on parties and hosting guests at home will also be in effect during the curfew.

Purim is a joyous Jewish festival commemorating the survival of the Jews who, in the 5th-century BCE, were marked for death by their Persian rulers. The story is related in the biblical Book of Esther. It is celebrated by listening to the Book of Esther in the synagogue; sending food parcels and giving charity; dressing up in costume; eating a festive meal, including hamantaschen; parties, and parades (Adloyada); and even drinking alcoholic beverages, especially wine.

To deter anyone from breaking the curfew, a fine of NIS 500 will be issued, which a joint statement from the Prime Minister’s Office and Health Ministry said will not apply to areas with a majority of non-Jewish residents or East Jerusalem. Meanwhile, Police said checkpoints will be deployed in 24 locations around the country to enforce the curfew. Hundreds of police cars will also patrol roads during the curfew.

While the night curfew will likely prevent parties, many of Purim’s traditions — from the megillah reading in synagogues in the evening and morning, or the traditional meal — take place during the day. For those gatherings, the current pandemic restrictions, limiting groups to 10 indoors and 20 outdoors, are in effect.

The approval of the curfew came after Prime Minister Benjamin and other senior officials urged the public not to violate the tightened coronavirus restrictions in place for Purim, which is exactly what caused a spike in cases last year. “This can’t repeat itself,” Netanyahu said during a press conference, referring to the rise in infections after last year’s celebrations. “We can be happy, we can dress up, but we must observe the rules.”

Health Minister Yuli Edelstein said this year’s Purim must not resemble last year’s celebrations. “Remember, the children are not yet vaccinated. Let’s protect them and avoid parades and parties,” he said.