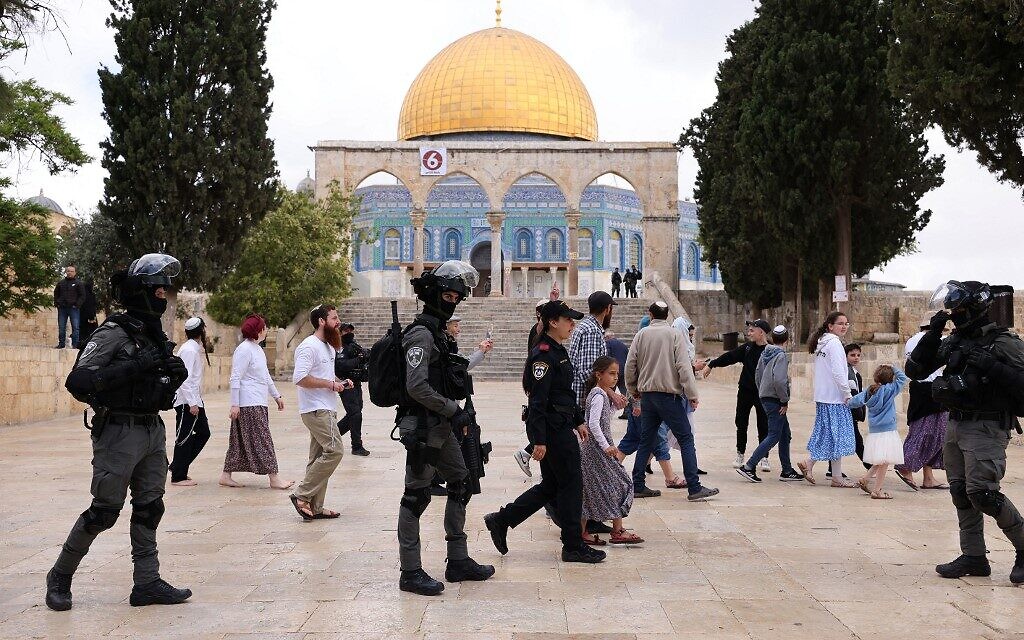 In a decision that shocked many, a  Jerusalem Magistrate’s Court ruled Monday in favor of three Jewish teenagers who were temporarily barred from the Temple Mount compound in Jerusalem after they bowed down and recited the “Shema Yisrael” prayer at the flashpoint site.

The case was registered against the arrest of three youths who had prostrated themselves and said Kriyas Shema while on the Temple Mount. The youths were arrested by police and given a 15-day restraining order preventing them from entering the Old City of Jerusalem. By praying at the site, the teenagers violated a longstanding but informal arrangement known as the status quo, which dictates that Jews are allowed to visit the site but not pray there.

But during the ruling, Judge Zion Saharay said that he did not consider bowing down and reciting a prayer sufficient cause to curtail freedom of religion for fear it would cause a disturbance at the site. He canceled the police restrictions and wrote that “I believe that one cannot say that prostrating and saying Kriyat Shema can be suspected of being behaviors which violate public order. It is hard to accept a situation in which saying Shema Yisrael on Temple Mount could be deemed a criminal act and one that could bring a violation of the peace.”

In response, the Prime Minister’s Office issued an unusual statement clarifying that no changes were planned in the status quo on the Temple Mount, which houses the Al Aqsa Mosque. “There is no change, nor is any change planned, on the status quo of the Temple Mount,” the statement said. “The Magistrate Court’s decision is focused exclusively on the issue of the conduct of the minors brought before it, and does not constitute a broader determination regarding the freedom of worship on the Temple Mount. With regard to the specific criminal case in question, the government was informed that the state will file an appeal to the District Court.”