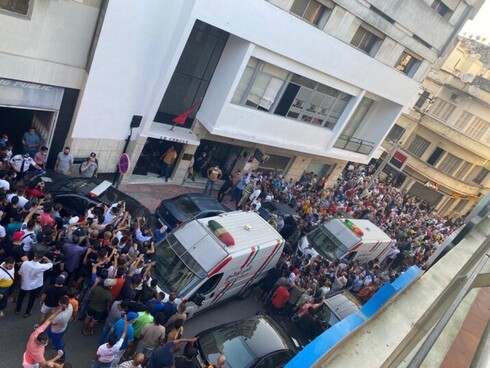 A 36-year-old Israeli owner of a Kosher restaurant in the Moroccan city of Tangier was stabbed dead by a lone male suspect on Wednesday.

Zaka, an Israeli rescue group said the Israeli citizen was giving some food to a homeless person when the suspect who appears to be mentally disturbed stabbed him with a small knife.

The suspect tried to escape after the attack but alert policemen were able to collar him.

The victim died while being transported to the hospital.

The local police are now conducting a deeper investigation on the killing to determine if the attack is due to antisemitic or nationalistic motives.

Meanwhile, Zaka and the Foreign Ministry are now exerting efforts to bring the body of the victim to Israel for burial.