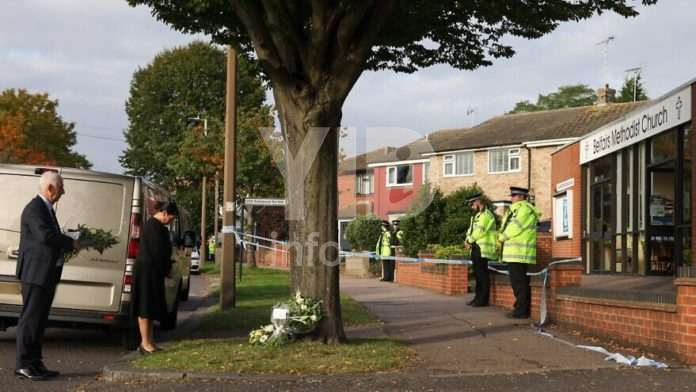 The top political leaders of Israel mourn the death of a 69-year-old British lawmaker in Prime Minister Boris Johnson’s Conservative Party at a Methodist Church in Eastern England on Friday.

On Saturday, Israeli Prime Minister Naftali Bennett said the death of David Amess is a loss since he is “a true friend of the Jewish community and the State of Israel”

Opposition leader and former premier Benjamin Netanyahu for his part is shocked and sad about the death of Amess.

“A true friend of the State of Israel and the Jewish people, he was cut down while serving the constituency which he loved so much. We grieve with the people of Britain over the tragic loss of a great parliamentarian and a great friend,” Netanyahu said.

In the initial police investigation, Amess, who represents Southend West in Essex, eastern England, was having a constituency meeting inside the church around noontime when a 25-year-old man arrived and stabbed him repeatedly.

Alert medical personnel immediately provided medical attention to the elderly official but sadly he expired on the scene.

The police quickly arrested the suspect who was holding a knife before he could escape.

The local police identified the suspect as Ali Harbi Ali, a British citizen of Somali heritage.

The union flags outside parliament and above Prime Minister Boris Johnson’s home in Downing Street were lowered to half-mast as a mark of respect.

“This is the most devastating, horrific & tragic news. David Amess was a kind & thoroughly decent man – and he was the most committed MP you could ever hope to meet. Words cannot adequately express the horror of what has happened today. Right now, my heart goes out to David’s family,” Cameron said.