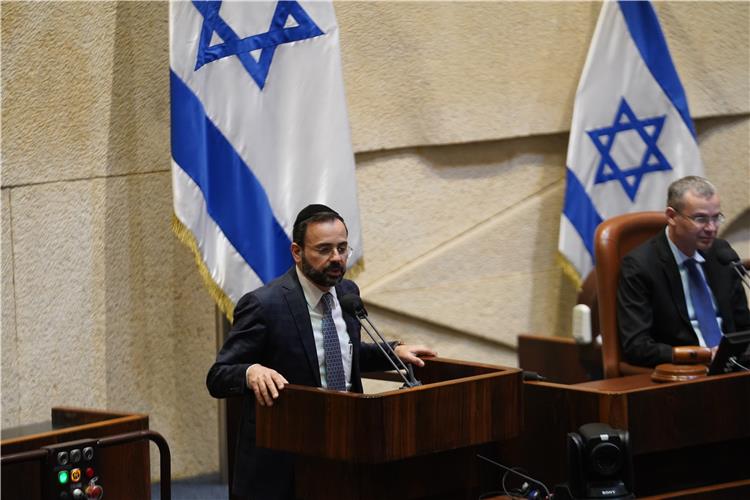 On Monday, Shas MK Uriel Busso slammed Prime Minister Naftali Bennett for his hypocrisy on the matter of the Kosel and islands of Kedusha.

In a strong-worded speech targeted towards Bennett, who was of the stance that the Chareidim “are using the Kosel as a political tool to topple the government and we “must maintain islands of kedusha, issues that shouldn’t be touched,” Busso said, “When you served as the Diaspora Minister and when you sat in the opposition, you threw around creative ideas how to preserve the kedusha of the Kosel and said the Kosel must be a consensus, but today your partner and the one who holds the Kosel’s destiny is in the hands of [Reform MK] Kariv!?”

He added, “You’re not embarrassed to admit that the quarrels of the coalition heads regarding the Kosel are political disputes? You know very well that the site is way above politics. But what does it really matter to someone who already sold everything? One thing that’s important for Israeli citizens to know is that from the time that Bennett was appointed to the position of prime minister until today, he hasn’t bothered to come for the traditional photo of all heads of state for a tefilla of gratitude after being elected.”

He ended his speech saying, “But I’m here to be dan l’kaf zechus that only someone who was elected in a democratic fashion comes to thank Hakadosh Baruch Hu. In your case, since you were elected by your partners Abbas and Kariv, it apparently exempts you from expressing your thanks. You’re ‘horrified’ by the fight over the Kosel just like you’re horrified about all the issues of kedusha for the Jewish people – giyur, kashrus and marriage.”