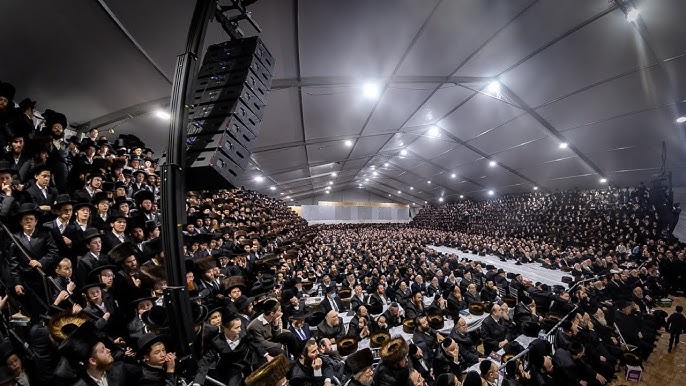 A recent tweet showing a large Chasidic gathering in Boro Park caused a storm after an Israeli tweeter viciously attacked the gathering.

Initially posted by Israeli journalist Moshe Weissberg, the tweet showed a clip from the large tent erected in honor of the visit of Rabbi Shaul Alter to Brooklyn, with thousands of Chasidim dancing at the event and rejoicing at the sight of the distinguished visitor.

The tweet was well-received by many users until one Tweeter came up with a vile comment. Israeli blogger, Noam Eyal, wrote that “we need to exploit such opportunities to seal the tent and throw gas in.”

Much to the Jewish community’s shock, this tweet caused concern and furor, after which Israeli MK Moshe Arbel (Shas) sent an immediate request to the Israeli attorney-general to investigate the matter, adding that “this is a sick statement which encourages violence and murderous action against an entire innocent sector in a way reminiscent of how the Nazis murdered the Jews in Europe. Eyal is even indirectly justifying their horrific actions. This is plain incitement to violence against religious people. It is hard to imagine worse incitement than this.”

Furthermore, Eyal had, on several other occasions, also demonstrated his hatred for the chareidi public.