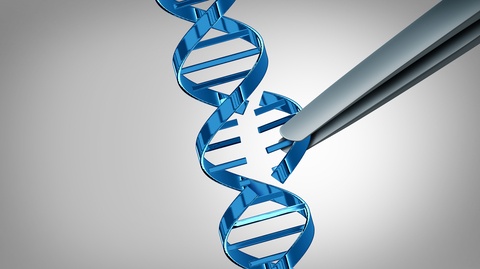 Israeli scientists from Tel Aviv University have come up with a new treatment- ‘elegant chemo’, which would potentially use ‘microscopic scissors’ to pinpoint and eliminate cancerous cells. The team has discovered phenomenal results among animal tests, which have now been published, and trials in humans are expected within 2 years.

Scientists from Tel Aviv University have come up with a path-breaking new innovation using which they have destroyed cancerous cells in mice with a method so pinpointed it’s as if “tiny scissors” were being used to target only affected cells while leaving everything around them intact.

As reported by the Times of Israel, “This is the first study in the world to prove that the CRISPR genome editing system, which works by cutting DNA, can effectively be used to treat cancer in an animal. “There are no side effects, and we believe that a cancer cell treated in this way will never become active again. This technology can extend the life expectancy of cancer patients and we hope, one day, to cure the disease.” Professor Dan Peer, a cancer expert from Tel Aviv University.

The research utilizes genome-editing technology using targeted lipid nanoparticles for cancer therapy and was used on hundreds of mice. The study focused on two types of cancers — glioblastoma, an aggressive type of cancer that can occur in the brain or spinal cord, and metastatic ovarian cancer.

Researchers found that mice with cancer who received the treatment had double the life expectancy of the control group, and their survival rate was 30 percent higher. With these results, Peers said that the method, if proven to be even more successful in the next two years, will be tested on humans immediately afterward.

Hoping that with efficacy in human trials, the treatment can eventually act as a cure to the dreadful disease, and a replacement to chemotherapy Peer said, “If we can use this technology, then within three treatments we can destroy a tumor. This technology can physically cut the DNA in cancerous cells, and those cells will not survive.”

Naming it “a more elegant chemotherapy”, Peer claimed that he dreams that their efforts with the new, groundbreaking treatment will replace harsh chemotherapies, which can take a drastic toll on cancer patients because it is administered to the whole body. On the other hand, the injection that is being developed consists of a navigation system that particularly targets cancer cells, making sure other cells remain intact and untouched in the midst.