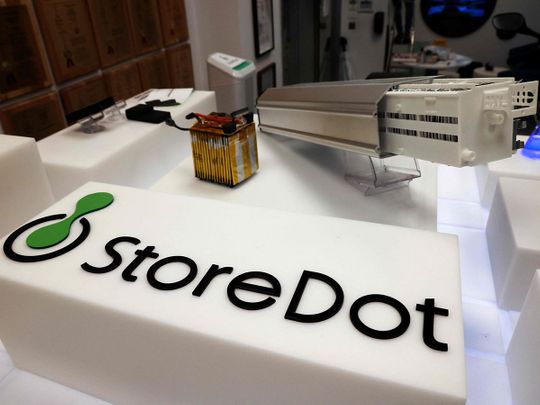 Always a forerunner in science and tech, Israel has once again brought forth a new technology that would potentially charge batteries within 5 minutes, acting as a boon for electric cars. Israeli start-up StoreDot has come up with a first-generation lithium-ion battery that can rival the filling time of a standard car at the pump.

Finding a possible cure to eliminate the “range anxiety” associated with electric cars, StoreDot has developed an ultra-fast charging mechanism that can take an electric car battery from flat to fully-charged in just 5 minutes. As of now, hundreds of prototypes are being tested by manufacturers.

“We are changing the entire experience of the driver, the problem of ‘range anxiety’… that you might get stuck on the highway without energy,” StoreDot founder Doron Myersdorf said. The innovation could eliminate the hours required to recharge an electric car, he said. His company, based in Herzliya, near Tel Aviv, is backed by four key investors: German automobile manufacturer Daimler, the UK’s British Petroleum, and the electronic giants Samsung and TDK.

Myersdorf said charging “speed was not part” of the original design that won the Nobel in 2019, so he worked on what was “considered impossible”: a lithium-ion battery good to go in minutes. “We wanted to demonstrate that you can take a lithium-ion battery, replace some of its materials and then charge it in five minutes,” he said.

The engineer switched the original graphite in the battery’s negative anode with silicon.

“We are taking that amazing innovation of the lithium-ion battery and upgrading it to extreme fast charging capability,” he said. Batteries are assembled in a laboratory equipped with large glass boxes, sealed to keep oxygen out.

“We are working on taking this solution to the market in parallel, by designing the manufacturing facilities that would be able to mass-produce this battery,” Myersdorf said. For Myersdorf, the sooner the world switches to electric vehicles the better, pointing to the “huge impact on the planet”.

Meanwhile, the team is already working on the second generation of batteries to cut costs, considering electric cars are already quite expensive.