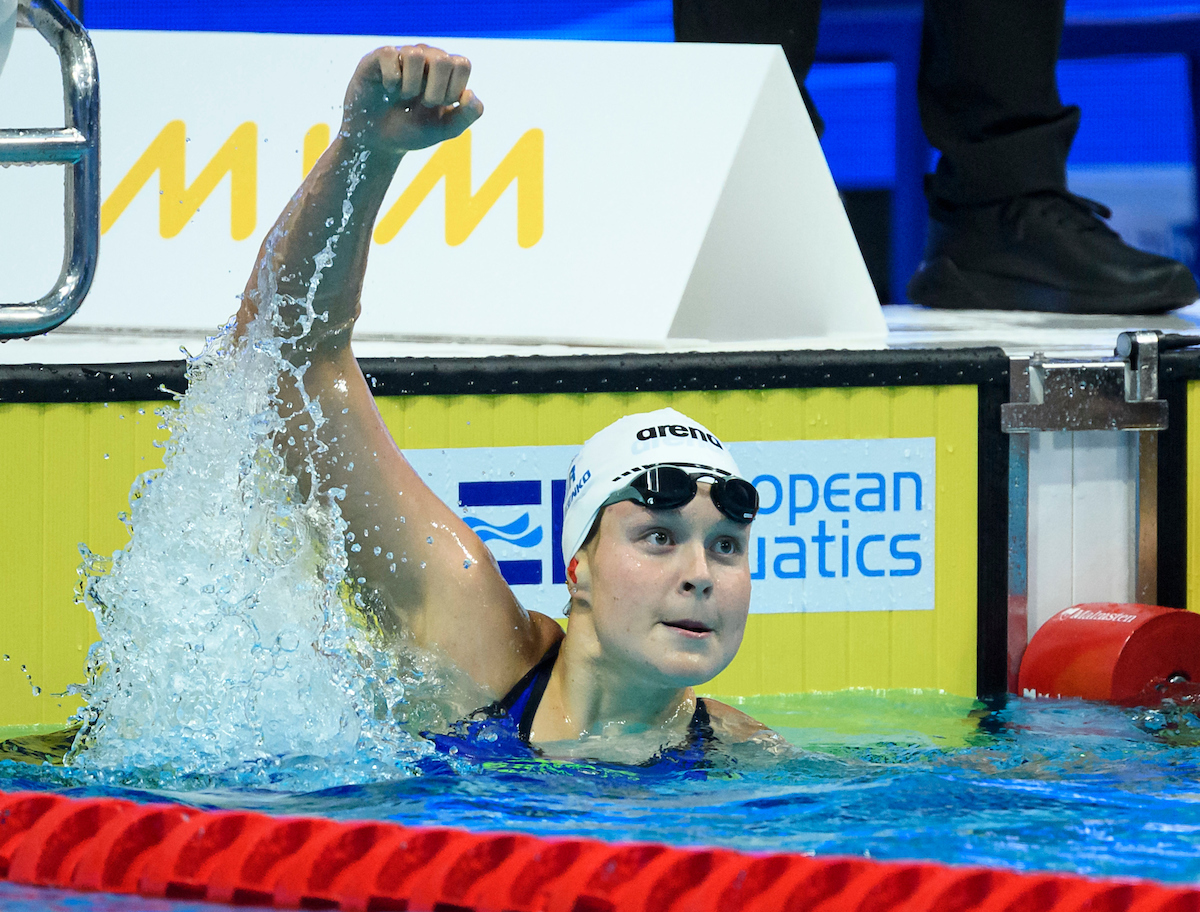 Making the country proud is another woman- Anastasia Gorbenko, who on Monday, broke her own national record and splashed towards the Olympic Swimming Finals, giving Israel a strong chance at winning a medal.

Setting a national record in the 100-meter backstroke, on her way to clinching a chance to compete for an Olympic medal in the event, 17-year-old raced in with a time of 59.30 seconds, enough to clinch fourth place in her heat, and eighth place among all 16 swimmers competing in the event, good enough to put her in Tuesday’s final.

In May, Gorbenko became the first Israeli woman to break the 1-minute mark, setting a new record of 59.96 at the European Championships in Budapest by breaking her own record set two years earlier of 1:00.58.

As reported by local media outlets, Gorbenko was also slated to compete in the 100-meter breaststroke but pulled out over the weekend on the advice of her coaches.

Meanwhile, in other games across the Olympic scoreboard, Israeli brothers Shachar and Ran Sagiv finished 20th and 35th placed in the triathlon, and Israeli judoka Timna Nelson Levy advanced to the quarterfinals in the 57kg weight class after defeating Serb Marica Perisic.