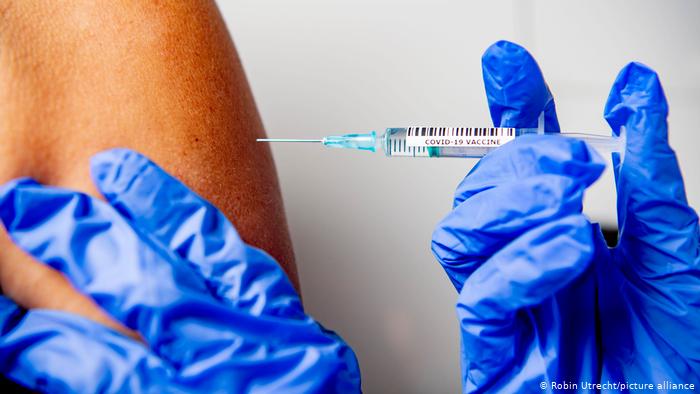 By Rhea Sovani01/06/2021 4:30 PMNo CommentsBy YidInfo Staff
[yidinfo id=9377] An Israeli woman who was given the Pfizer vaccine recently started experiencing symptoms of facial paralysis, a few days following her inoculation. Similar instances were also reported in the United States, where a few vaccine takers were diagnosed with Bell’s Palsy.

Iza Dubinovsky, a 72-year-old resident of Karmiel, started seeing symptoms of facial paralysis several days after taking the vaccine. Speaking to a local news channel, Dubinovsky said that at first, she simply did not feel one side of her face. Following the strange sensation, Dubinovsky went to the hospital where underwent CT scans and head scans that all came out normal. Following this, she was told that the occurrence was indeed a side effect of the vaccine and that after using some medications the condition should pass.

As explained by Johns Hopkins Medicine, Bell’s palsy is an episode of facial muscle weakness or paralysis, that “usually resolves on its own and causes no complications.”

While its cause is unknown, it is thought to be caused by “inflammation affecting the body’s immune system”. It is associated with the body’s response to viral infection, and with other conditions such as diabetes.

The symptoms of the condition, which include headache and pain, twitching or weakness in one side of the face, begin suddenly and it usually worsens within the next 48 hours, leading to the face drooping and a lopsided smile. Experts note that in most cases, the weakness is temporary and significantly improves within weeks, “with full recovery in about six months”.

In an interview with Israel’s Channel 12 news Dubinovsky said, “I was terribly distressed. I had a hard time drinking and eating. I was afraid it would stay that way.” Dr. Samih Badarna, the Director of the neurology department at the Galilee Medical Center said, “This is a relatively common phenomenon called peripheral facial nerve palsy (Bell’s Palsy). The reasons for this phenomenon are not clear. Some people claim that it is a viral disease, while others believe that it is a sign of autoimmune sickness… Any autoimmune disease based on the body’s immune system can manifest or break out following the receiving of a vaccine.”