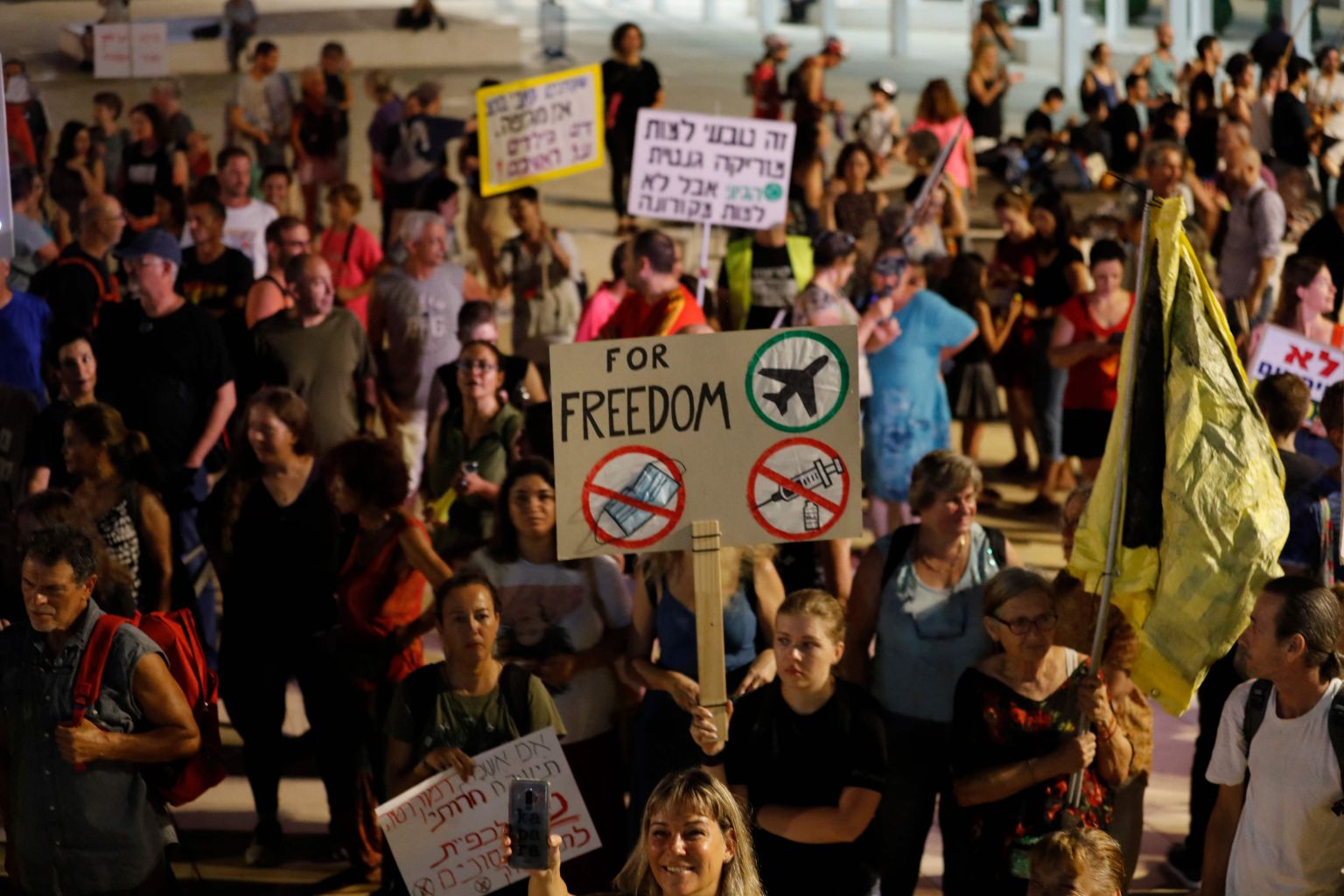 On Sunday, hundreds of Israelis marched in Tel Aviv against the Israeli government’s decision to restrict the country’s COVID “Green Pass” to only those who have received a vaccine booster shot or those who have recently recovered from the disease.

Revolting against the October 3rd decision that made Israel the first country in the world to require a third vaccine dose as a requirement for its vaccination passport, citizens gathered in with rage against the fact that with this move,  2 million Israelis’ Green Passes were rendered invalid. As it stands, without the Green Pass, indoor venues cannot be entered and access to certain public venues is restricted.

“We were thousands again tonight in the streets protesting against the Green Pass … and for our civil rights and our sovereignty. More than 2 million people who have already been vaccinated twice have not taken the booster [shot] … and will be deprived of their basic human rights,” tweeted Israeli activist Efrat Fenigson.

After the new rules went into effect, there were protest demonstrations at several locations across the country. Opponents of the new, stricter criteria claim that they amount to a forced vaccination program.