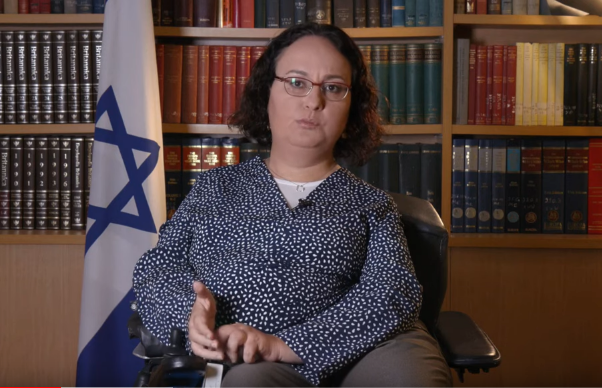 Securing rare Arab votes at the United Nations Committee on the Rights of Persons with Disabilities, Odelia Fitoussi, 43, who has muscular dystrophy, is now the first Israeli to serve on the prestigious panel.

Congratulated by top Israeli leaders including PM Benjamin Netanyahu and President Reuven Rivlin, Odelia Fitoussi was elected to one of nine available spots in the Committee panel, receiving support from 109 countries, according to Israel’s Mission to the UN in New York. According to a joint statement issued by the New York mission and the Foreign Ministry in Jerusalem, “Fitoussi herself met with more than 100 diplomats from around the globe. Israeli Ambassador to the UN Gilad Erdan discussed her candidacy in his meetings with other UN ambassadors and even succeeded in garnering support from representatives of some Arab countries, which usually refrain from supporting Israeli candidates in UN bodies.”

After hearing about the honor, Prime Minister Benjamin Netanyahu personally called Fitoussi, who was born with a genetic neuromuscular disorder known as SMA2, and told her that he appreciates her “abilities and skills that led her to be elected to a significant and important position in the international arena.”

Meanwhile, President Rivlin took to Twitter to express his pride, saying “Warm congratulations to Odelia Fittousi who has been elected as a member of the @UN #CRPD panel for persons with disabilities. I am sure your important voice at the UN will be a positive influence for people with #disabilities around the world. We are so proud of you!”

In a statement after her win, Fitoussi, an art therapist and resident of Bat Yam, stated that “I feel privileged to be a member of the CRPD, the place where Israel was a partner in creating a new language for people with disabilities, a language of rights, of pride in who you are, in our uniqueness as people with disabilities who enrich society with all the good we have built.”