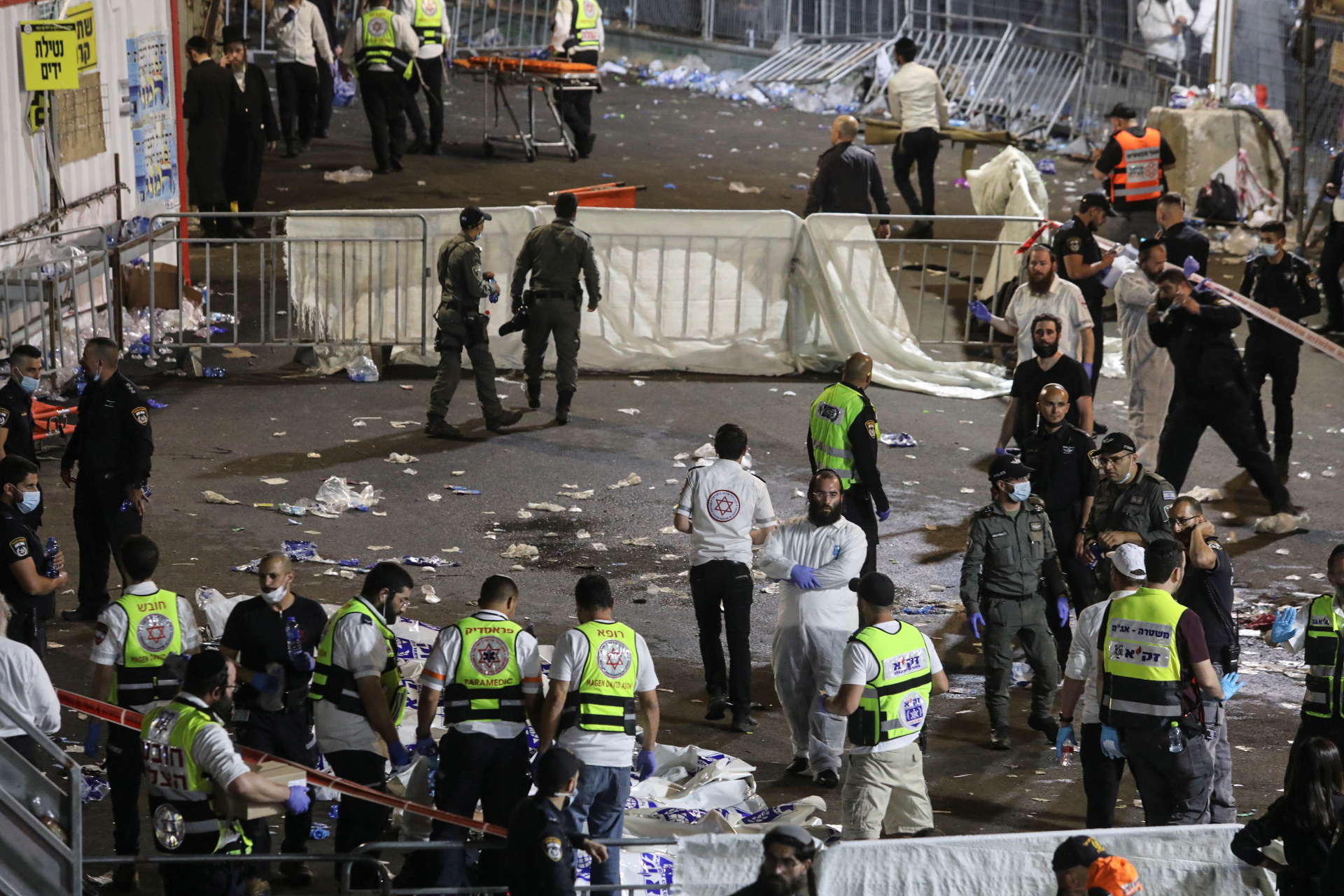 In accordance with the new plans, that are yet to be finalized, it is being reported that the government will limit the number of people attending the event to 20,000, and demolish the bridge used by Kohanim. They also mentioned the possibility of dividing each group according to their specific Chassidus, and eliminating the Ichud Hatzalah caravan beneath the tziun, despite that area being used as a medical emergency center throughout the year.

As per a report by the Charedi website Kikar Shabbos, Matuk, who represents Religious Minister Matan Kahana, toured the compound in Meron Wednesday with safety consultant Rami Shemesh, as well as Yossi Schweiner and Yisrael Deri from the National Center for Holy Sites. They toured the entire area, including the surrounding compounds. Matuk first met with the “Committee of five” (which has been in charge of the site) near the tziun, then visited the Toldos Aharon compound, and Buskila family compound.

During the discussion, it was reported that Shemesh wants to move people away from the tziun, saying “celebrations should not take place on the mountain itself in the tziun compound, but an open area below that is specially adapted [to accommodate large numbers].”