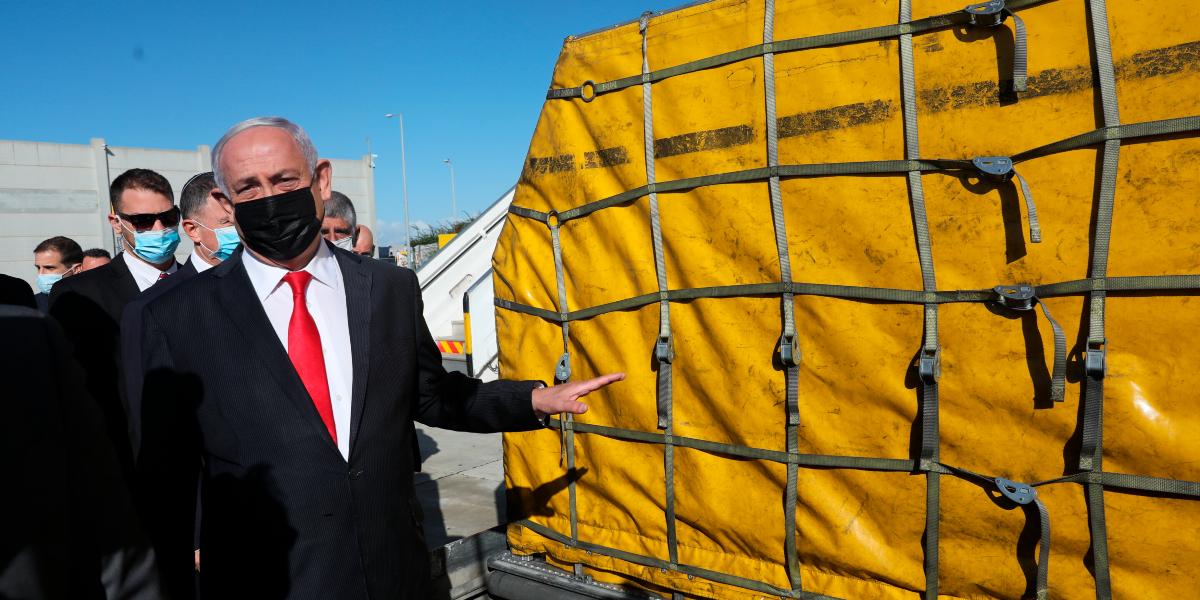 After the delivery of the first of Israel’s Pfizer vaccines, Prime Minister Benjamin Netanyahu said on Wednesday that the nation will begin vaccinating its citizens against coronavirus on December 27 and will be able to inoculate 60,000 people a day. The Health Ministry is expected to unveil a plan next week outlining who will first receive the vaccine, which, like other nations is likely to prioritize at-risk groups, healthcare workers, and the elderly.

At a press conference on Wednesday, just after the arrival of the first Pfizer consignment from Brussels Netanyahu stated: “On the eve of Hanukkah, we’ve brought a great light to Israel. Earlier in the day, the first batch of Pfizer vaccine doses landed in Israel. Tomorrow another shipment is arriving, a much larger one.”

He further stressed upon the need to get inoculated, saying “I’m asking that every Israeli citizen be vaccinated, and to do so, have requested to set an example and be the first person being vaccinated in Israel.”

As cases soar in Israel, Netanyahu also spoke about the ”green passport” initiative which is being chalked out by the Israeli Health Ministry. “Whoever receives a vaccination will be able to show a certificate or application that would enable entry to events, malls, and all kinds of services. This will encourage vaccinations and help return us to normalcy quickly,” said the Prime Minister.

Feeling proud about Israel’s fast-paced vaccine acquisition, Netanyahu stated, “It’s not to be taken for granted that Israel, which is… a small country with 9 million citizens should receive the vaccines at the same time as Britain and the leading countries in the world. This is a great achievement for Israel, I am very proud of it.”

While reminding citizens of the need to keep up with “masks, distancing, hygiene and preventing gatherings,” Netanyahu said, “We’re bringing an end to the plague.” Going by the daily digits proposed by the Prime Minister, at a rate of 60,000 shots a day, it would take some five months to vaccinate all of Israel’s 9 million citizens, provided there was a steady supply of shots.