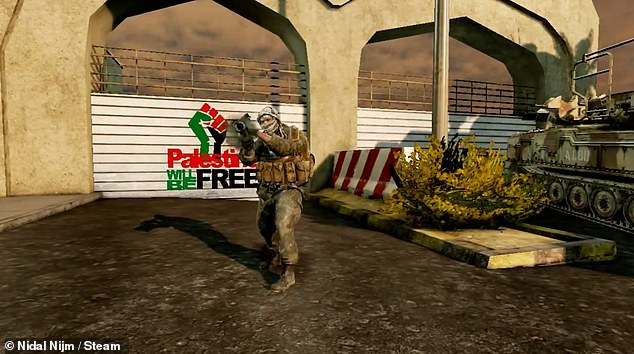 Jewish, pro-Israel organizations in Italy have taken legal action against a vile video game in which players adopt the role of a Palestinian terrorist whose mission is to kill as many Israelis as possible.

Named “Knights of Al Aqsa”, the game that was released in September 2021, has now been filed a complaint against the public prosecutor in the Asti region, with three Italian-Jewish associations asserting that the game violates Italian laws against terrorism, racial incitement, and the denial and abuse of the Holocaust.

As it stands, the video game centers on a young Palestinian named “Ahmed” who has just been released from a prison term in Israel. Ahmed’s goal in the game is to kill Israeli soldiers and government agents using a variety of weapons, including semi-automatic rifles, knives, and axes. Developed by Nidal Nijm- a 37-year-old Brazilian whose father fought with the Palestinian Fatah terrorist organization, “Knights of Al Aqsa” is easily downloaded from Steam, a popular online gaming platform with over 120 million active users monthly.

Comparing the game’s imagery to “Nazi and fascist propaganda,” the statement from the case lawyers observed that “the target to be eliminated is always the Jew, marked by the Star of David.”

The game has been widely criticized by the global Jewish diaspora even before the Italian lawsuit. Last September, the Simon Wiesenthal Center (SWC) called for a boycott of the Steam platform until the “Knights of Al Aqsa” was removed.