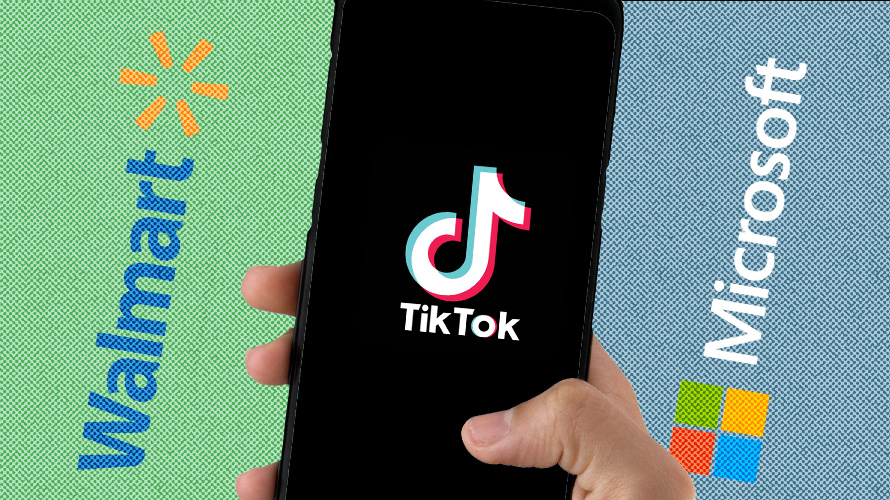 It’s Walmart and Microsoft Vs. Oracle in the Bid for TikTok Acquisition

Walmart is set to team up with Microsoft in the bid for acquiring TikTok in the US. Confirming the partnership on Thursday, Walmart claims that the short-form video app could give them the golden opportunity to connect with online shoppers.

A deal that could make a breakthrough in the coming week, Microsoft and Oracle are now pitted against each other, after both submitted bids to buy the U.S. operations of ByteDance’s TikTok app, earlier this week.

Stating its intentions of teaming up with tech giant Microsoft, Walmart stated, “ The way TikTok has integrated e-commerce and advertising capabilities in other markets is a clear benefit to creators and users in those markets. We believe a potential relationship with TikTok U.S. in partnership with Microsoft could add this key functionality and provide Walmart with an important way for us to reach and serve omnichannel customers, as well as grow our third-party marketplace and advertising businesses.”

Earlier this week, the departure of CEO Kevin Mayers was a clear indication of the fact that a deal in underway, and almost in its final stages.

The Trump administration has been pushing for a sale of TikTok’s U.S. operations due to concerns over its ties to China and imminent threats towards national security. The Chinese company has also come under fire for privacy and data breach concerns and has faced a nation-wide ban in India.

Before President Donald Trump issued the executive order, granting ByteDance a mid-September deadline to go through with a deal for TikTok to be sold to an American company or prohibit U.S. people and companies from doing business with TikTok, Microsoft was already eyeing a possible acquisition. The top contender had announced in a blog post earlier this month that it was in talks to buy TikTok’s business in the U.S., New Zealand, Australia, and Canada.

Citing people close to the negotiations, The Wall Street Journal reported that TikTok is asking about $30 billion for its U.S. operations, “but bidders thus far haven’t been willing to meet that price.”

It is also speculated that this Walmart-Microsoft pairing could be the final wedge that can seal the deal, with the duo successfully acquiring TikTok’s U.S. operations for likely $35 billion to $40 billion.