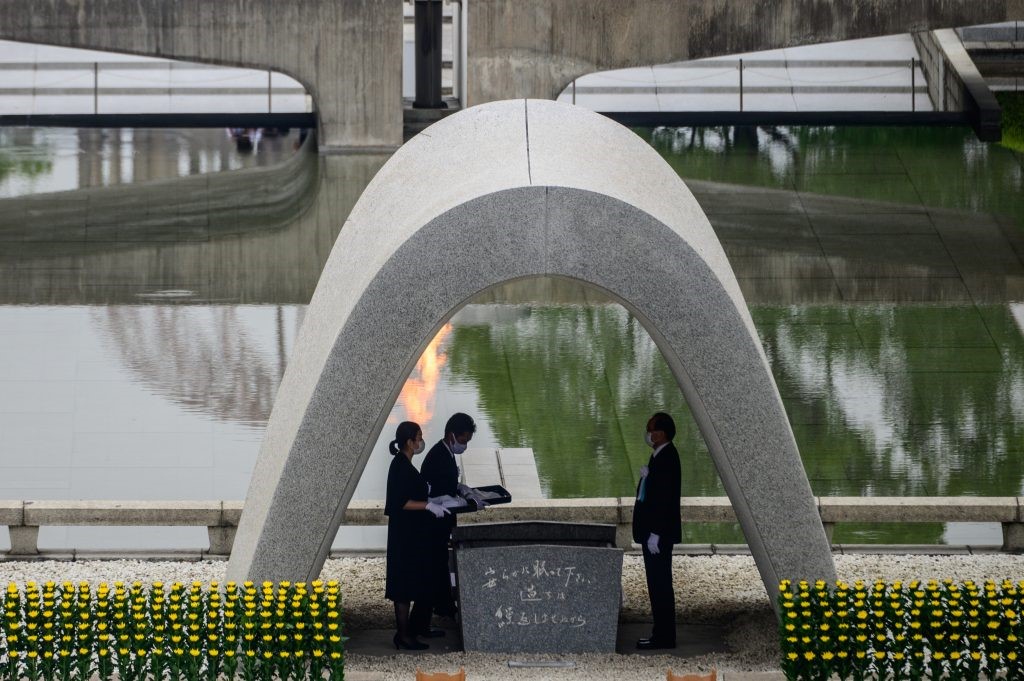 Japan on August 6th marked the 75th anniversary of the atomic bombing on the Hiroshima by the US during the World War II, Hiroshima Mayor Kazumi Matsui urged the entire international community to join hands and unite against such serious threats to humanity and the peace.

To pay the tribute to the people who lost their lives, a moment of silence was observed at 8.15 am. This was the exact time of the bombing on August 6, 1945. Speaking at the Peace Memorial Park event, Mayor appealed to the world that nations should put aside the differences among themselves and unite to overcome natural disasters as well as the challenges made by humans, reports The Japan Times newspaper.

Many foreign dignitaries, the survivors as well the relatives of those who lost their lives attend the event of anniversary of Hiroshima bombing every year to honour victims and call for peace and unity of the world. But due to a recent spike in the number of COVID-19 cases in Japan this year’s ceremony was drastically scaled down.

Japanese Prime Minister Shinzo Abe, who has also attended the ceremony, paid tribute to the victims. He said, “Every country must come forward to remove a sense of mistrust through cooperation, mutual involvement and healthy dialogue”, amid such severe security environment and increasing differences between nation states’ positions on nuclear disarmament.

In his message, Antonio Guterres, UN Secretary General said, “The only way of total elimination of nuclear risk is to totally eliminate all the nuclear weapons.”

On August 6, 1945, the America dropped an atomic bomb on Hiroshima, and three days later, on August 9, it dropped another bomb on Nagasaki, killing thousands of people and affecting huge population who would suffer the effects of the nuclear radiation from the blast and the ‘black rain’ that fell in the aftermath of the explosions. The explosion and resultant firestorms are believed to have killed around 80,000 people in Hiroshima and around 40,000 people in Nagasaki.