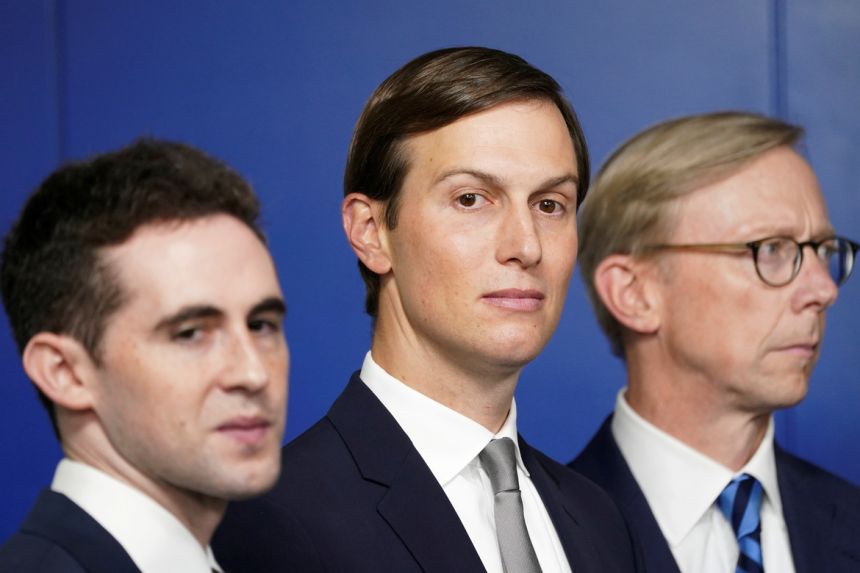 Former White House senior adviser and Mr. Trump’s son-in-law Jared Kushner, along with his deputy, Avi Berkowitz, have been nominated on Sunday for the Nobel Peace Prize for their role in negotiating four normalization deals between Israel and Arab nations.

Kushner and Berkowitz, who were at the forefront of the normalization deals between Israel and Arab countries including UAE, Bahrain, Sudan, and Morocco, were nominated by American attorney Alan Dershowitz, who is eligible to do so in his capacity as a professor emeritus of Harvard Law School. Dershowitz, a known Trump aide also defended Trump in his first impeachment trial last year and told the Wall Street Journal on 20 January that the Senate should dismiss the article of impeachment against the former president, as he was no longer in office.

Dershowitz said in a statement, “The Nobel Peace Prize is not for popularity. Nor is it an assessment of what the international community may think of those who helped bring about peace. It is an award for fulfilling the daunting criteria set out by Alfred Nobel in his will. These men, and the Abraham accords, they helped produce, meet these criteria better than any other person or groups eligible for the award.”

Kushner said in a statement he was honored to be nominated for the prize, which will be awarded in October. In an appearance on Fox News last October, Kushner had taken pride in saying that there have been “people in Washington for 30, 40 years” who were “never able to work on a single foreign transaction.” He joked that peace deals are “much harder than President Trump is making them look.” Kushner said, “people have been very critical of the president over the last three years for whatever he does… but the reality is he’s taken a different approach on how to deal with Washington, he took a different approach in the Middle East and he’s put up results.”

This being said, the only thorn that stands in the way towards a Nobel win for Kushner is that President Biden is in the process of reviewing Trump’s deals, making it unclear if Trump’s exit from the White House will hurt Kushner’s chances of receiving the prize.

Nominations for the upcoming Nobel Prize this year were closed yesterday. Among others nominated for the prize, this year are Russian dissident Alexei Navalny, the World Health Organization, and climate campaigner Greta Thunberg. All were backed by Norwegian lawmakers who have a track record of picking the winner.